One class that I go to fairly often is at my previous school and it is a JK / SK class. Often it is only for a half day (a teacher may have an appointment, for example and only requires part of a day off). I am familiar with the students in that room and I have experienced it when I was masked and they had to sit in separate desks and play individually, rather than together (a wholly unnatural thing for little ones), to how it is now, where they can be seated in little groups and can interact with each other.

Students in JK must be four years old by the end of December of their school year (which means some are only three years old when they begin in September), so at this time of the year the students in that class would be four, or five, or even six, depending on when their birthdays are.

When I say that this class is the best of both worlds, they have traditional in class learning combined with "play" where they learn those all important social skills and fine motor skills, but they also have a wonderful opportunity to be immersed in nature for part of every day.

The school used to be a high school, then morphed into an elementary school. It is located in a small town, but in a very rural setting. In fact, the high school had a wonderful programme where grade 11 or 12 students could learn about agriculture combined with science. There is a small barn (which would have animals like cattle, pigs, chickens, and rabbits starting in the spring), a greenhouse, and a garden, and a small "forest" where they tapped maple trees and made syrup. In addition to the "maple forest", there is also a mixed small woodlot that can be accessed via a gate from the main playground. The kindergarten classes, as well as the grade one class, use both of these wooded areas. Wonderful rough trails have been created, bird feeders are hung, logs are strategically placed, picnic tables have been set in clearings, water runs through in a small stream, and it is a most wonderful programme. The parents are requested to provide good outdoor clothing and rubber boots for their children, as they go out to the "forest" in all kinds of weather. In the winter time, they have even managed to get to the point where students hold very still and quiet with bird feed in their hands and chickadees land to feed on their hands!

I had the chance to be with this class for the afternoon, just the other day and we spent some time in the maple "forest". The students are good bunch, who know the rules, know where they can and cannot go (for example, beyond the trees to a parking area), and play and create and use their imaginations freely. They take basic toys with them like plastic rakes, big tin cans, some little toy vehicles, etc., things that won't be damaged by water or dirt or snow. They mix up pretend soup in their cans using wood chips, water from the stream and a stick for stirring. They play tag in amongst the trees. They play the regular imaginary games that all children play, but in a wonderful setting. There are paths laid with wood chips, logs and boards to sit on, slopes to climb up and down.

I took some pictures to give you an idea of what it looks like. It was a little tough making sure none of the students were captured in the shots. 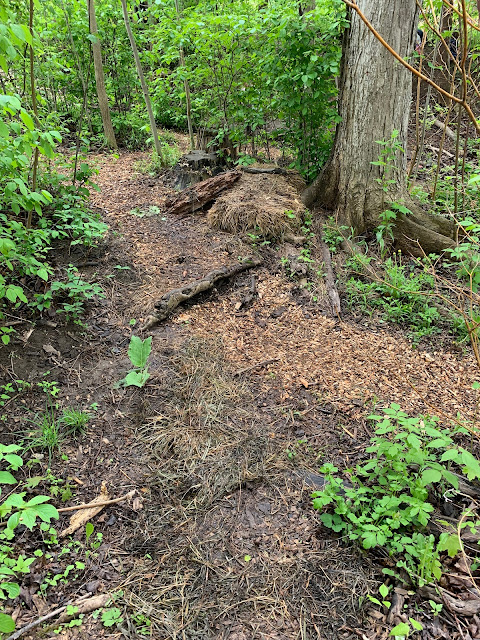 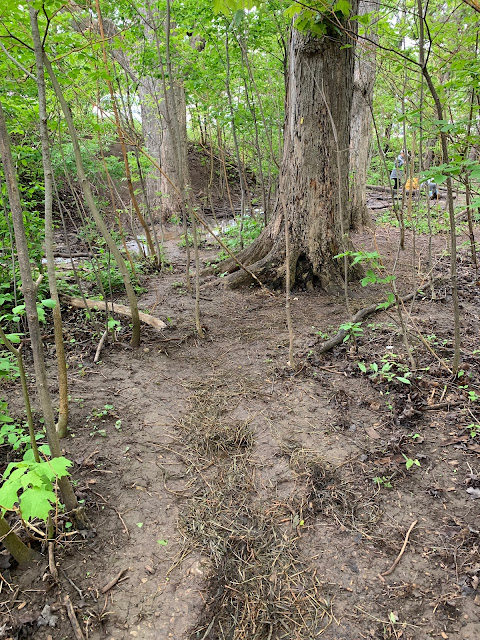 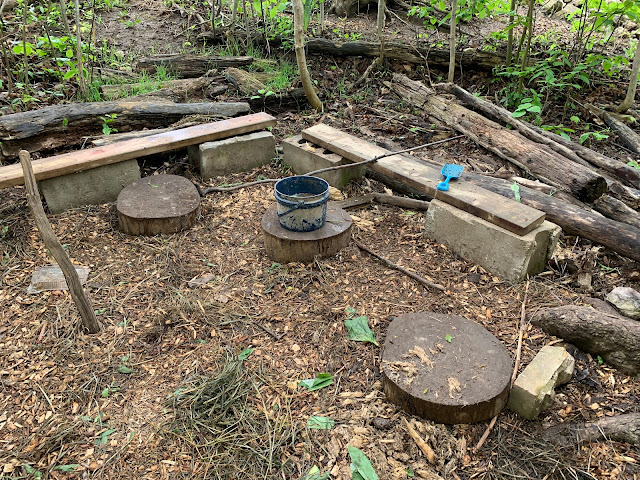 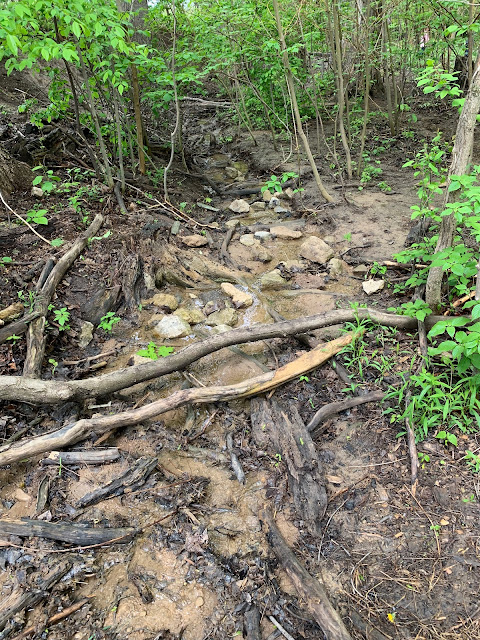 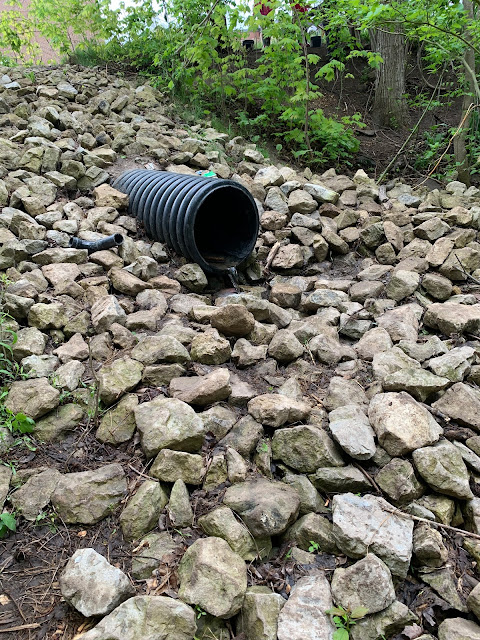 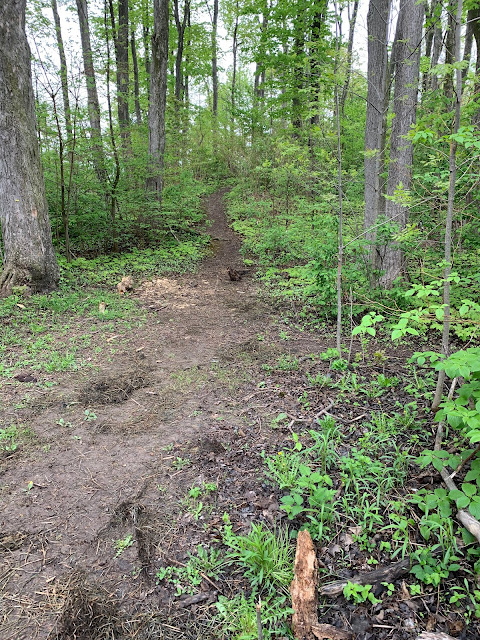 I know that I would have loved something like this when I was that age. I spent a lot of time outside anyway, sitting in a willow tree, watching animals, collecting chestnuts, or just playing. I think absolutely every child would benefit from an outdoor classroom, but I know it's simply not possible everywhere. When I attended it was only one year of kindergarten, no junior and senior business. My older sister, who is five years older than me didn't even have the option of kindergarten. School began at grade one. What was your kindergarten like, if indeed you even had kindergarten?