I've been absent from blogging for a bit. I haven't really had the compunction to comment a whole lot either, but have been reading blogs. I think I'm ready to be back now, however.
Had a little health "scare" about which the scary stuff was eliminated, but am still dealing with not feeling quite right. After phoning to make an appointment with my dr. (who had been on vacation when I was dealing with the initial problem), I was once again disgusted by the amount of wait time until I can see him. A month. It takes me an entire month to see my regular family doctor. Therefore, if it is something quite urgent, I would have to go to the emergency ward at a hospital and deal with a doctor who knows nothing of my history. I know people whose doctors have retired and they are now doctor-less. They always have to go to emergency and deal with an assortment of physicians.


Anway, I am not dying, so my whining is going to cease now.


Daughter called last night with delightful news about a summer job lined up, created just for her! She had a job as a summer student (in her field of study- communications) last year and she loved it - driving about to various events, talking to people, helping to promote, working with social media, etc. The people she worked for saw her potential and her skills and created a position for her that she will have this coming summer. She's thrilled and so are we. Well done, daughter!


Yesterday, husband, son and I drove to a city to visit another college where he might attend this coming fall. We were all impressed. There are many newly built sections and he had a chance to speak to the advisor who would actually be one of his teachers if he chooses this college. This one is about 2 to 3 hours from home, versus the 6+ hours that the other one is. It is his decision, but I sure hope he chooses this one.


Prior to yesterday, we have been experiencing some milder weather and much of our snow was gone, apart from where it had been piled up after snow removal throughout the winter. This was a pretty early "spring" for us. We have certainly had snow that stayed well into April and have had storms in April as well. Yesterday there was a light dusting of snow that disappeared after some rain. However, this is what greeted me this morning: 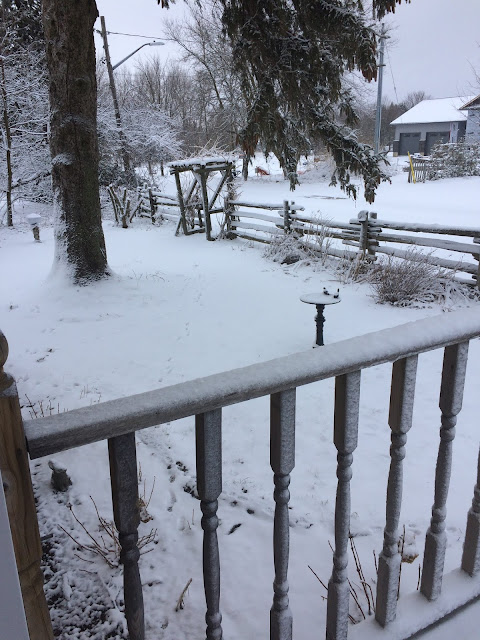 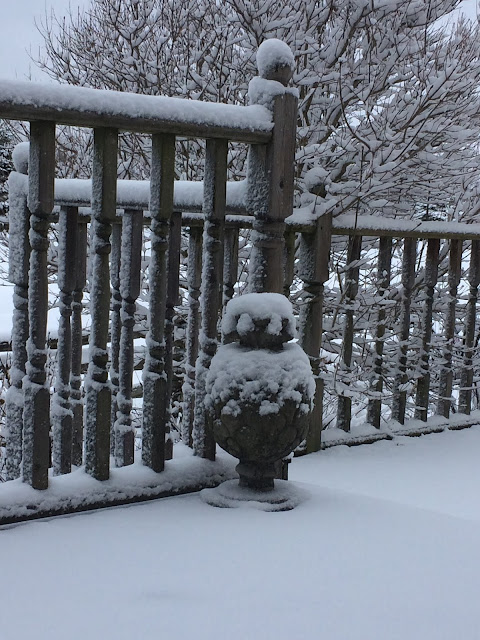 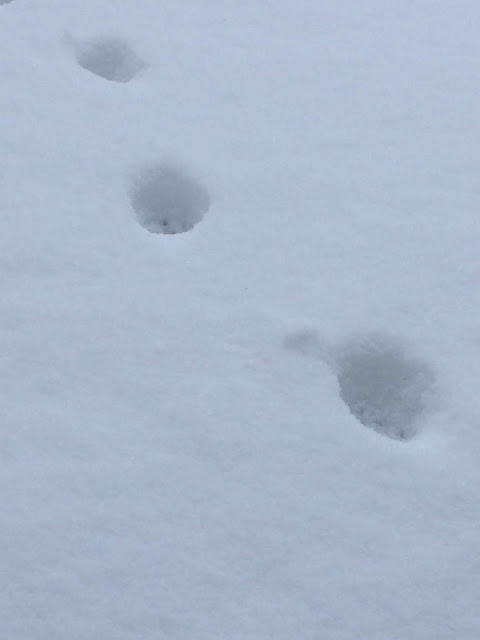 Sigh.
It is disheartening.


I am currently without reading material. The local library does not open until 1:00 on a Sunday, so I shall postpone my grocery shopping until a bit later this morning and then go to the library and find some good mysteries. As I am sitting here in the den, typing away, I can hear the rooster crowing from the chicken coop. I have not opened up their little door, mostly because I don't want to get out of my pajamas (although I've certainly gone out there in them) and brave the snow. The two roosters had a huge fight a while ago. It was hard to tell who was the victor, as both of them looked pretty rough afterwards. One of them must go!!!!


Tonight is "Curse of Oak Island" on tv. Does anyone watch it? Every week we joke that  this will be the week where they find the "treasure"! Not yet. They had to have spent a treasure's worth of money trying to find it so far.


Have a good week all, and try to stay away from all those Easter treats flooding the stores right now! (That's probably more a message to myself!)
Posted by coffeeontheporchwithme at 3/31/2019 09:57:00 am 44 comments: