Sometimes the sunsets we see are so incredibly, breathtakingly beautiful. It's hard to capture their true essence with a camera. And then, inevitably, the husband chimes in with, "Red sky at night, sailor's delight."  (sigh) 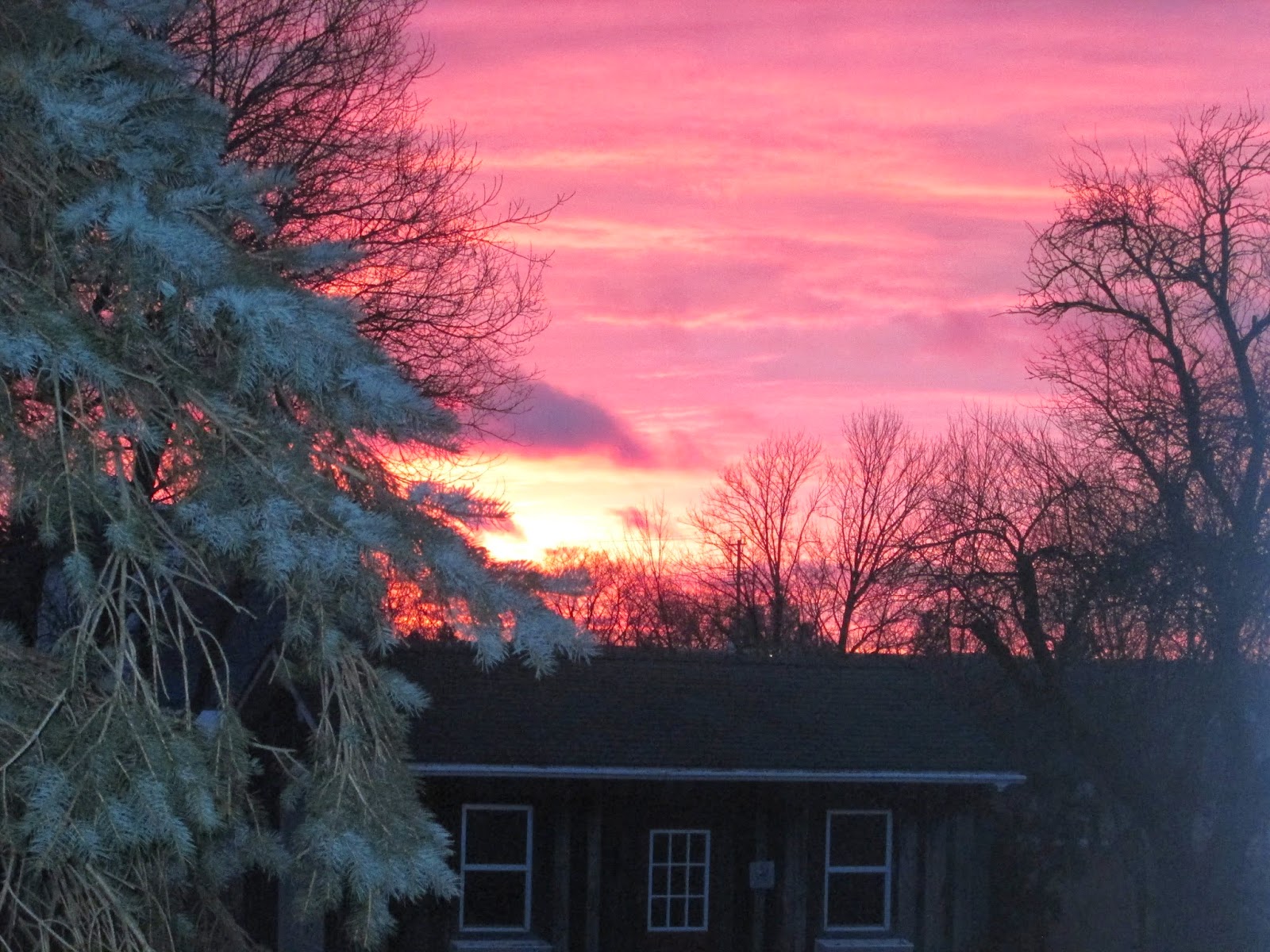 Only took me 15 years

So, the other weekend, the weather finally felt warm enough to get outside and clean up the yard and the gardens. We have a pretty big property (one acre) and this job takes some time, especially if I didn't cut perennials back well in the fall. I did cut some perennials back, but not all of them. And, our great big old spruce tree had issues throughout the winter months. I have no idea why, but huge amounts of branches, leaves (?), clusters of needles dropped off the tree. So much dropped off, that when the snow melted, it looked like a green carpet out on the lawn (which was dormant brown). I do not know if it was related to the horrendous winter we had or not, but the tree itself seems perfectly healthy. As well, the usual amount of spruce cones also came down.


Much of this ended up in one of my long perennial beds that follows the line of a rail fence. It was quite a job raking all of this up, but I completed it in a weekend. The following weekend, I tackled more of it (other side of the rail fence, and another perennial bed, in front of my east-facing porch). Not only do I rake and get rid of dead leaves, but I also cut back perennials and shrubs. I am pretty ruthless with shrubs because they usually end up being more lush and full and wonderful after a severe hair cut. So, I cut back a lot of spireas. I really like them for their lovely pink blooms in the summer.


How it works at my place is that stuff gets burned. We have a burn pile. It used to be a burn barrel, but with all the construction my husband does around the place, renovations, and my gardening, we generate a lot of burnable scraps and dead/ dried vegetation. However the burn pile is at the other end of the property, so that means a whole lot of loading into a wheelbarrow, pushing the wheelbarrow, dumping the wheelbarrow, repeat.


Sometimes I can use the 15 year old who is stronger and has more energy than I, but at other times he is unavailable, or I think, "C'mon woman, consider this a workout!" (Which it is!!). But what is more annoying than the actual physicality of it, is the tendency for plant materials to bounce around, shift around, and fall out as you are pushing a half acre away, so then you have to bend over and pick stuff up, or gather it all up later. Or, a good gust of wind comes along and blows the top half of the load off. This drives me nuts and I have done things like try to push with one hand while holding the load in place with the other, use a piece of board to put it on top and weigh it down in hopes that it stays in place, or uselessly toss my clippers on top of the load thinking they are heavy enough to keep the little branches from springing out (they aren't).


Then, in a moment of sheer brilliance, I realized I could solve this problem. I went out to the husband's garage and found the pile of old threadbare towels I give to him to use for various purposes, and two good sturdy clamps. I draped the towel over the load and then clamped it to the wheelbarrow on either side. Ta-da! I was able to push all the way to the burn pile and nothing fell out. 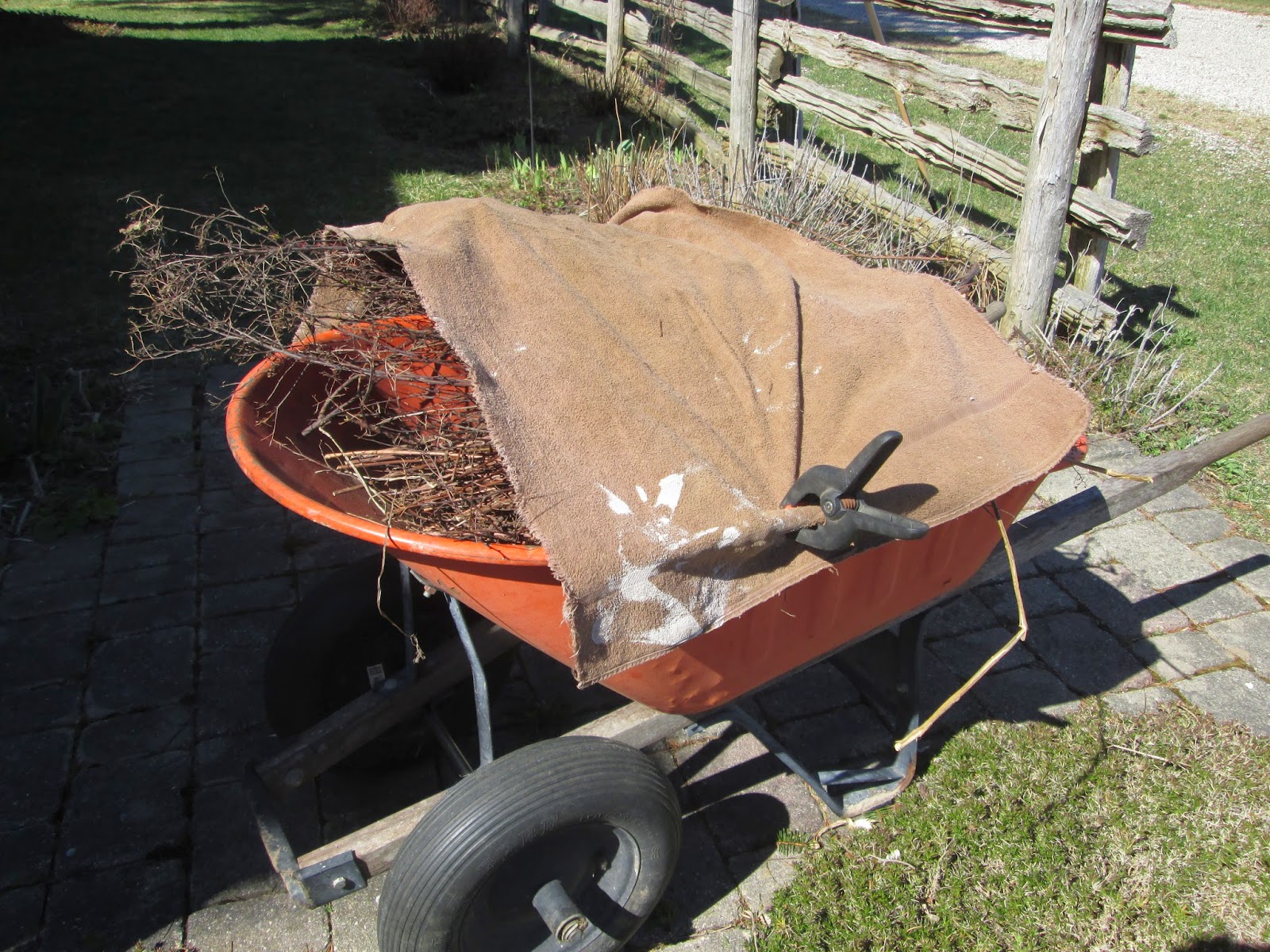 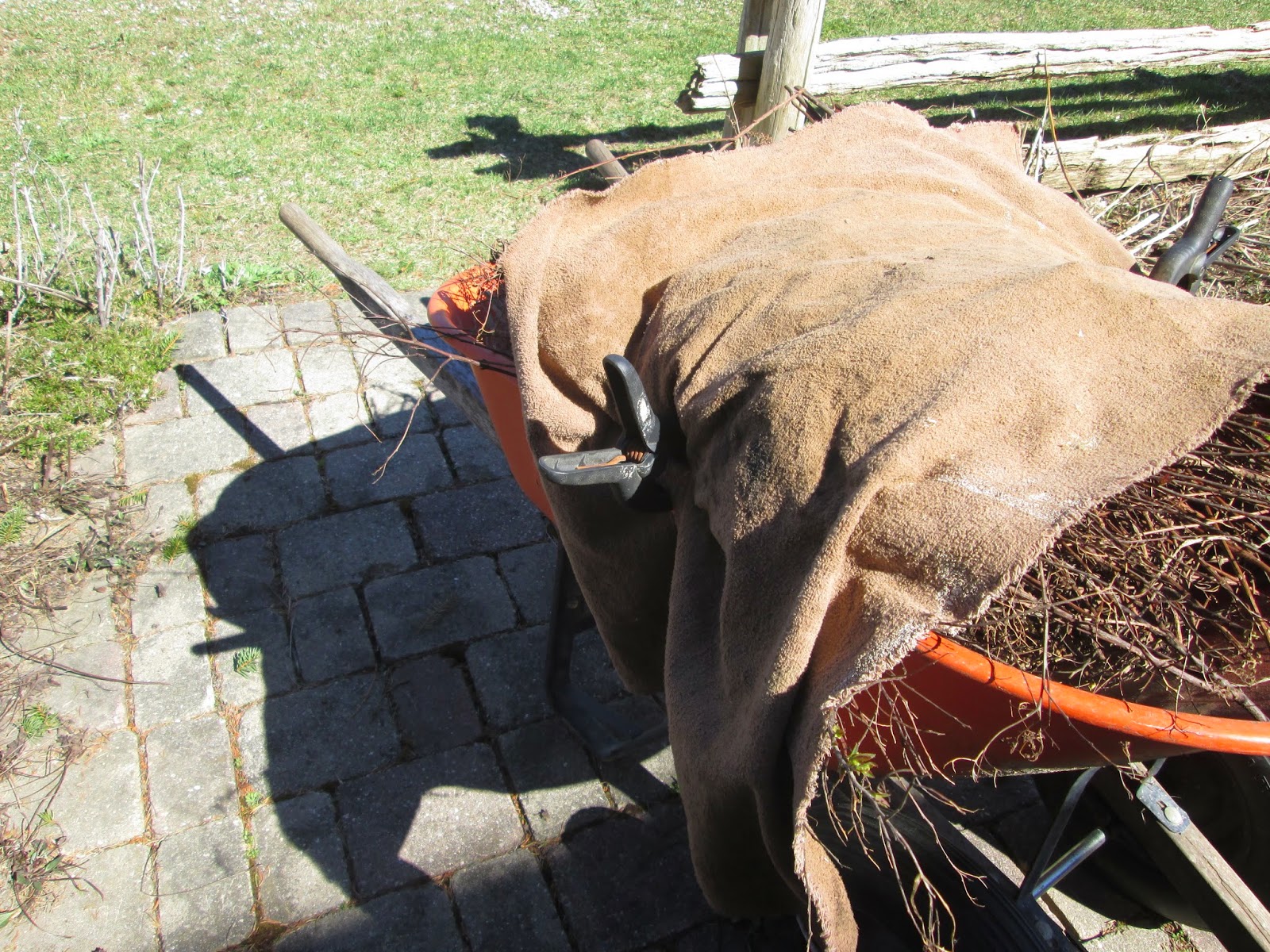 I've been cleaning up this property for about 15 years and it has taken me this long to come up with the mind blowing concept of a towel and clamps. Imagine what I might accomplish in another 15 years!
Posted by coffeeontheporchwithme at 4/24/2015 07:25:00 pm 1 comment: