Today, as I was sitting on my porch, bird song in the air, the faint hum of a lawnmower in the distance, the air not too cool, but not too hot moving the leaves around, I realized I was in a state of pure contentment. I was just "being" and it felt wonderful.

This is not a usual state for me. I'm usually not in the moment, often thinking of what I should be doing, or planning on what to do later, going over something in my head, bugged about something, or chastising myself for something I should have done differently. But today, in that moment, I was content. It would be nice to be in that state more frequently. I'll have to work on that (yes, I realize the irony).

June is just nice. I've always liked June. From a work perspective, June was that last month of school, things were wrapping up, the weather was nicer, kids were excited at the prospect of summer holidays, colleagues were hanging in there, some by the skin of their teeth.

But a June flower garden just can't be ignored. It is a garden of gorgeous colours, soft textures, emerging texture and scent. June vegetable gardens in my area aren't all that exciting. Seeds are in the ground, just a few are germinating, small garden centre plants have been put in the soil in the hopes that "last frost dates for your area" are accurate.

This year I decided to plant in plots, or rectangles like I did last year. I seem to be able to cram more in a small space and if planned properly, I can reach beds from different sides while staying on the path(s), thereby not compressing the soil too much and using space wisely. I planned it out with string and my wooden tomato stakes. 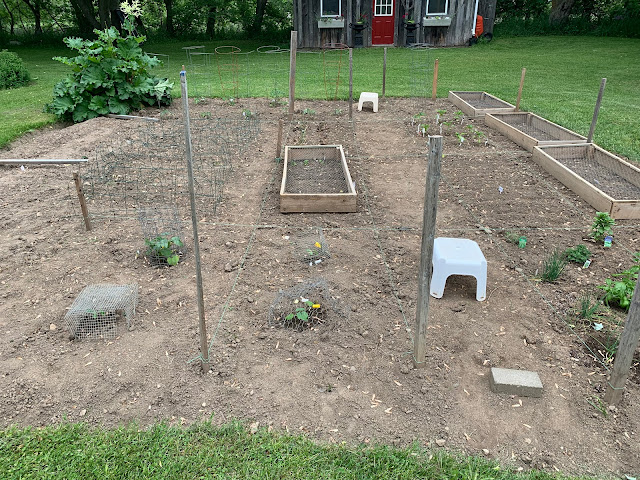 As you can see, it is mostly "ground" right now. The plants you can see are those which I started from seed, or purchased from a garden centre. There are tiny cages over and around my zucchini (trying to Murphy-proof them). The rectangular wooden things you see are bunny protection. There is chicken wire on top. I lay these on top of things I plant from seed which take a little longer to grow and which are enticing to the MANY rabbits in the area. I try to keep the covers on until the plants are big enough so they wouldn't be completely decimated if a wascally wabbit tried to have a midnight snack. 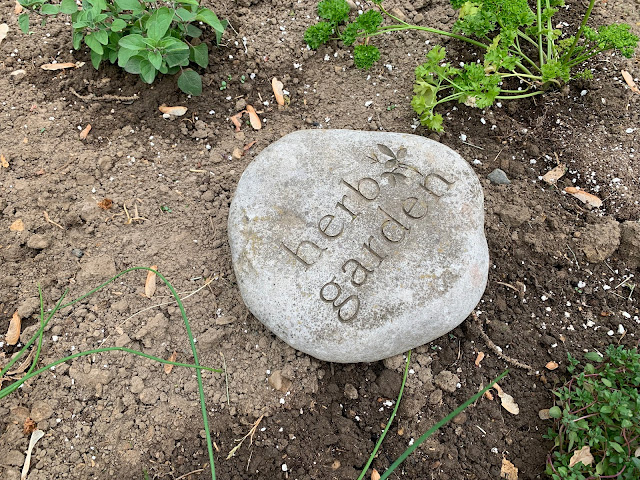 We have had this engraved rock for more than twenty-five years from days long ago when we actually had a store that featured garden accessories. This year I decided to make it true. 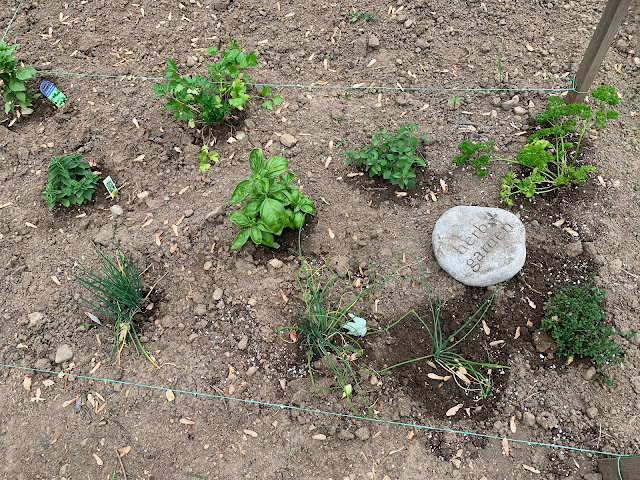 In one section of my vegetable garden, I have decided I wanted a little herb garden. I bought a couple of individual herbs from a garden centre, and then when I was walking up to a Giant Tiger (a store here in Canada), I saw they had collections of herbs planted in one large round pot. They was on sale, so I bought one, then pried everything apart individually and ended up with a nice collection of herbs. I have basil, chives, parsley, oregano, and thyme.

Yesterday I planted all of my containers (pots, urns, and window boxes). In an effort to be more economical in these times of absolutely ridiculous prices, I purchased three cheap hanging plants from Food Basics: ivy geraniums, standard geraniums and licorice plant. They looked a little sad and unkempt, but I knew I could bring them back to life. I then took the hangers off, took the plants out of their pots and divided them, putting them in a variety of my containers. I also bought some wave petunias and "spikes" from Walmart, as well as some impatiens and coleus for shady spots. I dug out some creeping jenny vine that had starting growing where I used to pile cuttings and spent plants by the chicken coop to use for trailing plants.

This is what we refer to as "the shed" but it's more like a garage. I spent a lot of time edging and digging out grass and weeds underneath the window boxes. I think it looks much neater that way. 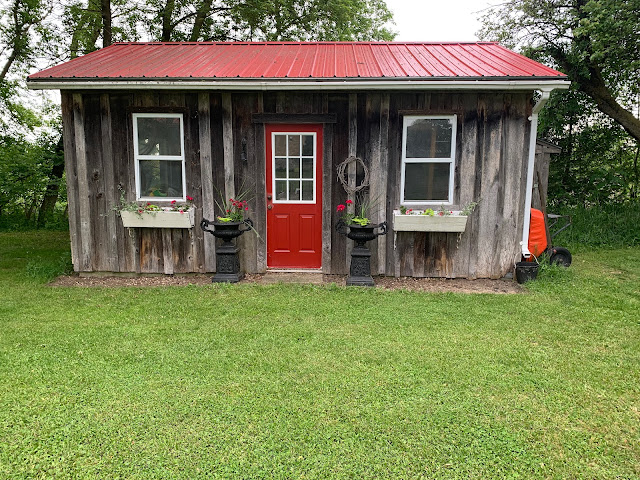 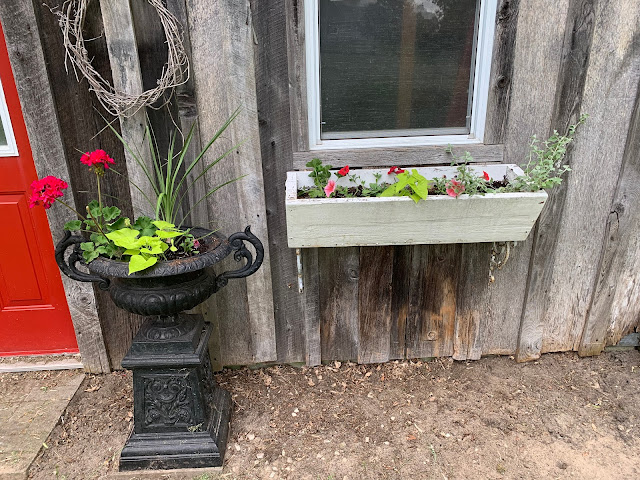 I'm looking forward to when everything fills in and trails nicely.

A June flower garden just can't be ignored. It is a garden of gorgeous colours, soft textures, emerging texture and scent. Next, I'll show you some of the same perennials and flowering shrubs I've no doubt shown you every other June since I started this blog, but they always make me contented, so hopefully they'll do the same for you. 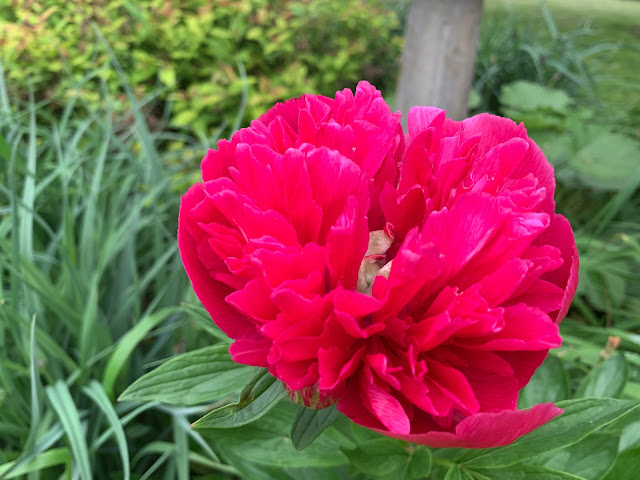 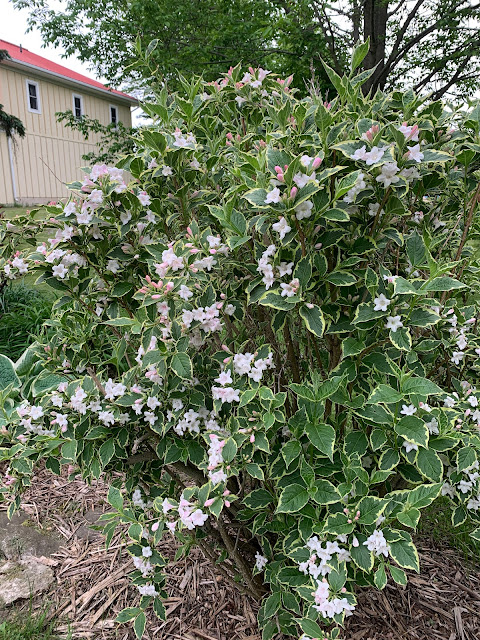 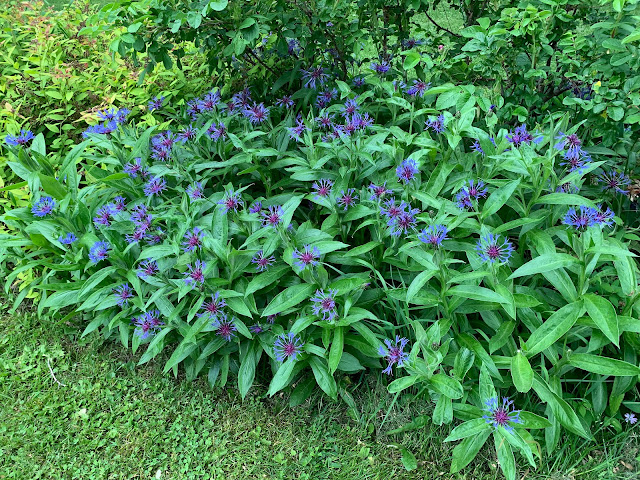 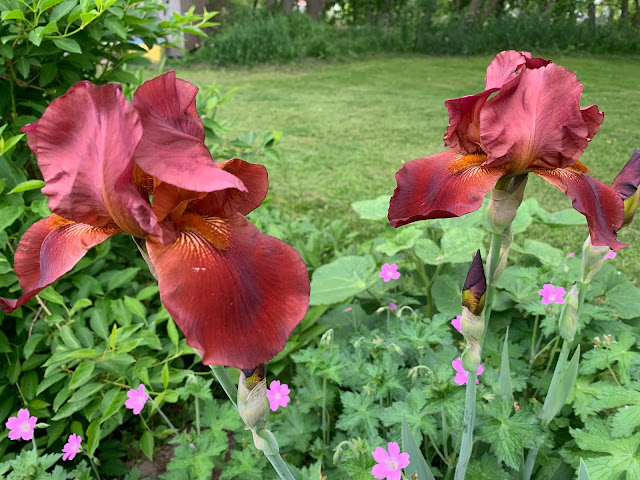 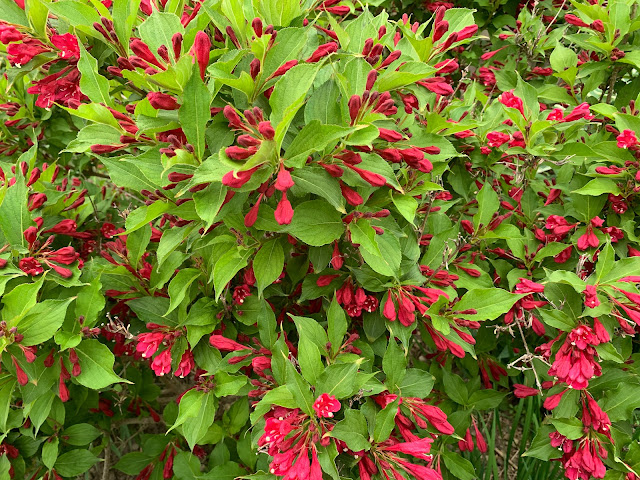 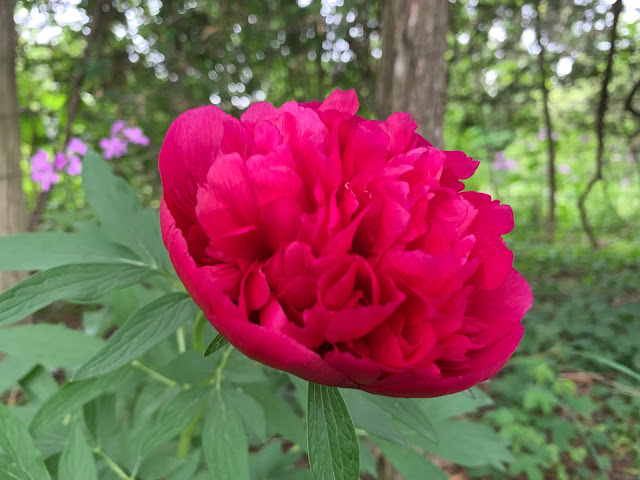 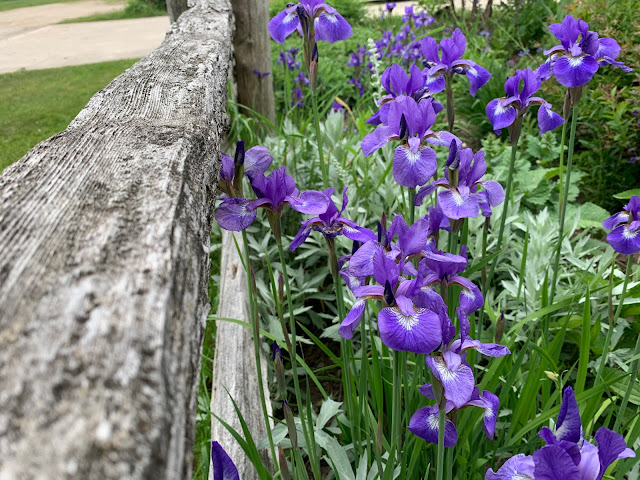 Enjoy your upcoming week, everyone.