A Heron and a Bountiful Beginning

September 1st. Unbelievable. Today was a P.D. day devoted mostly to health and safety. There are two more P.D. days which is unusual for a school year, as we usually just start the day after labour day with students and classes, but of course, this is a year unlike any other.

But I much prefer blogging about the little things that bring me such contentment. Sometimes my daughter and I will go out for a walk after supper and we often end up walking down the road toward the Community Centre. There is a pond beside the centre and there was large equipment parked, shut down for the day, and a big generator was keeping a pump going, pumping the water into some kind of holding area. I have no idea what the reason for the draining was, it just looked like they dragged back the banks all around, but perhaps they were also clearing out a line or something. There was still a bit of water in the bottom and there was a group of a few killdeers, running back and forth, calling and twittering nonstop, leaving little criss-cross bird footprints in the mud. After watching those little birds for a while, we realized that there was also another, much quieter, calmer, slower bird. She was so much the same colour as the soil and the dark water that we hadn't even noticed her: a female Great Blue Heron (or perhaps an immature male, I'm not certain). 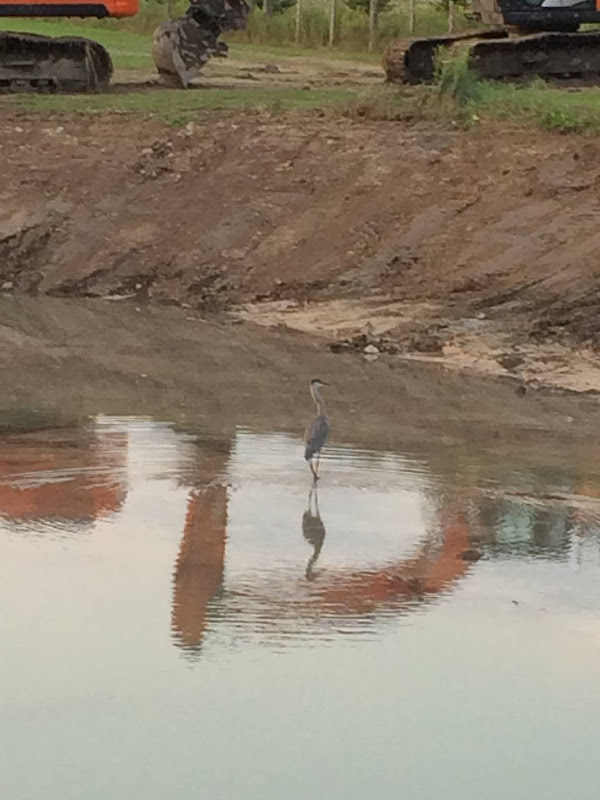 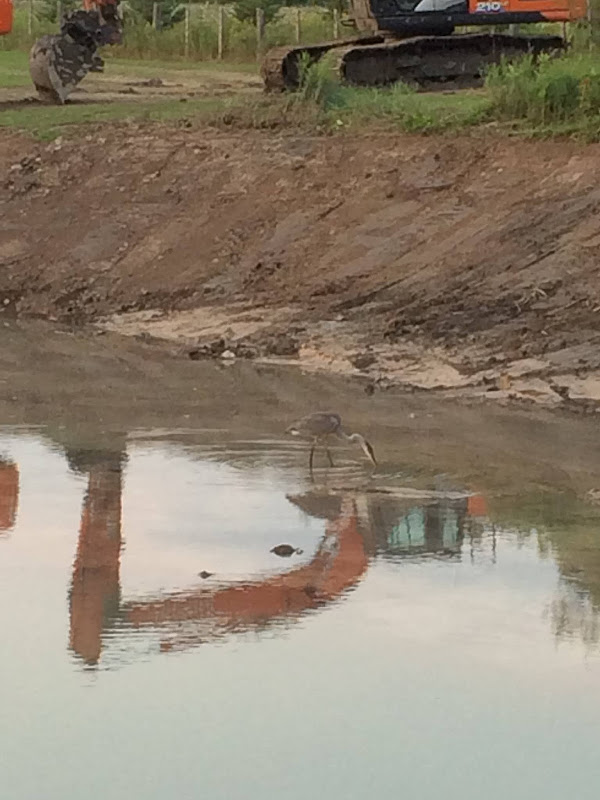 She slowly bent forward and then shot forward, grasping what I imagine was a little minnow, a number of times while we stood watching her. 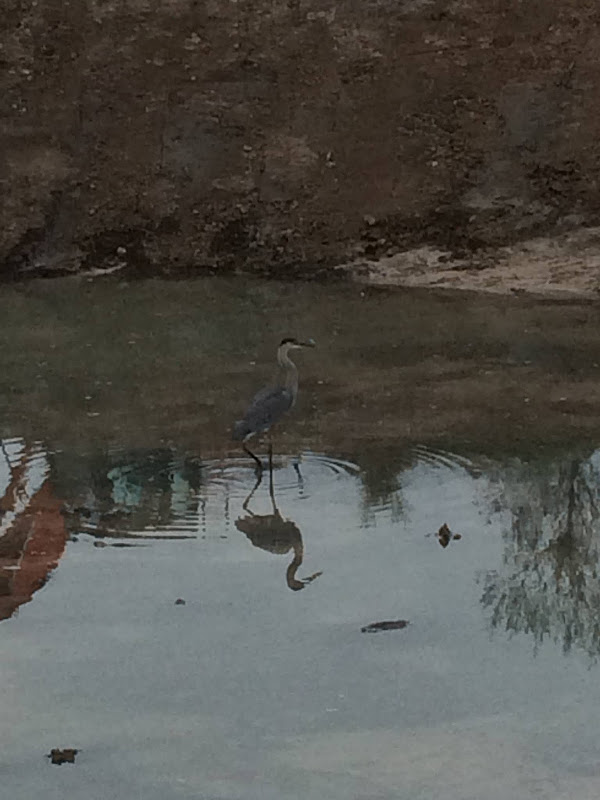 As you can see from the diminished light in this last picture, we watched for quite a while. I love seeing birds, especially large ones, or birds of prey. When we spent a week in Prince Edward Island several years ago, we saw many Great Blue Herons in the lakes and rivers on the island.

On a walk a couple of days later, we saw that the water was back in the pond, and the equipment was gone. The noisy killdeers were on the bank, but the heron was not there. As we turned to make our way home, a motion caught my eye between the trees, and it was the heron flying in to land beside the pond. I'm so glad we saw that. A heron in the water is nice, but a heron in the air is fantastic! (I hope you read this Jeanie. My photos were just taken with my phone, as I had it in my pocket at the time, and don't come close to your amazing photos of your resident heron. I thought you might like to see a Canadian version 😃).

When I got home from work, later than I had intended, I quick opened the freezer to see what was a possibility for supper. I'm still cooking for four of us, as son isn't returning to his college town until the weekend. A bag of honey garlic sausages seemed just the thing, and then I went out to the garden. A meal (with the exception of the meat) from my own garden just makes my heart sing. It's the little things. 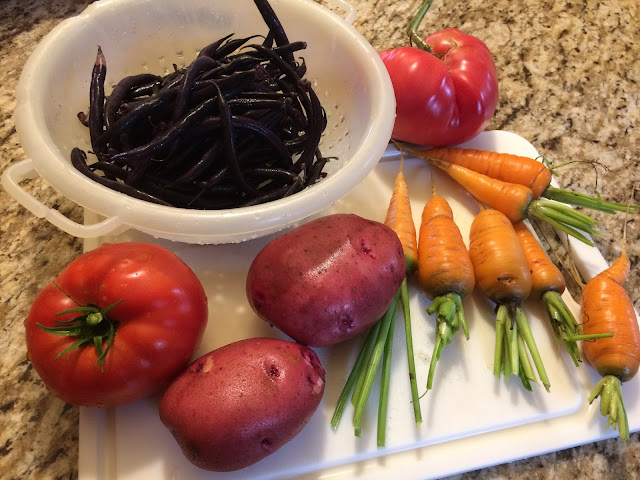 Perfect red potatoes, gorgeous purple beans that turn green when cooked, the beginnings of ripe tomatoes, and a few, albeit small, carrots. We like our new potatoes boiled, so you can crush them with a fork, with butter or maybe sour cream, salt and pepper, and son and I like some diced raw onion on top.

Now it is evening and the thunder is gently rumbling away in the distance. The rain is light - perfect.