When the heck did it become July 26th? Summer seems to be zooming by and I'd be hard pressed to say how I've been spending my time. Today, I awoke to a cool, drizzly morning. When I got dressed, I put on shorts, and a long sleeved top. It just felt too chilly for short sleeves. After the light rain passed over, I got outside to do a little weeding in my vegetable garden and a perennial bed. My goal has been to dig out the "baby" trees that have shown up where they shouldn't be. Many of these are walnut trees, no doubt planted by squirrels. The others are what I call Manitoba maples. Yesterday I got started on some and had to call on my husband because they were just too difficult to dig out. Well, naturally a small job became a big job and after much cutting, lopping, digging, and loading up of the Gorilla cart (three times) and dumping in the burn pile, most trees were gone. They had grown up in and around a giant old mock orange and some other shrubs.

I set my sights on smaller trees that had to go. I didn't start without my two best friends: 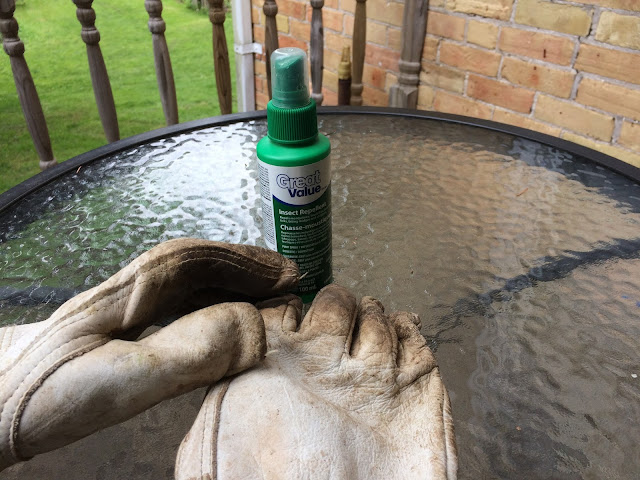 I managed to get rid of a few more, although there was one that I must confess I just cut off close to the bottom. I never would have been able to dig it out without a complete massacre of all plants and shrubs around it. I also tackled some basic weeding.

With those jobs being done, I moved on to the next one. It is an apple year with our old apple tree which only produces every two years. Someone else is also aware that it is an apple year. 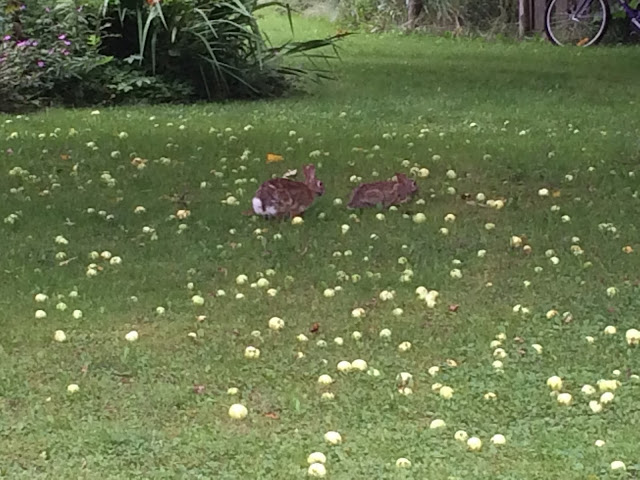 Now, don't get me wrong, they can eat as many apples as they want. We don't use them as they are too tiny, sour, and insect ridden for us. However, they don't stop at apples. They enjoy beans, peas, and parsley.

They apples need to be raked up so that the grass can be properly cut. As well, they quickly rot and attract wasps. I got my rake and tackled the job. 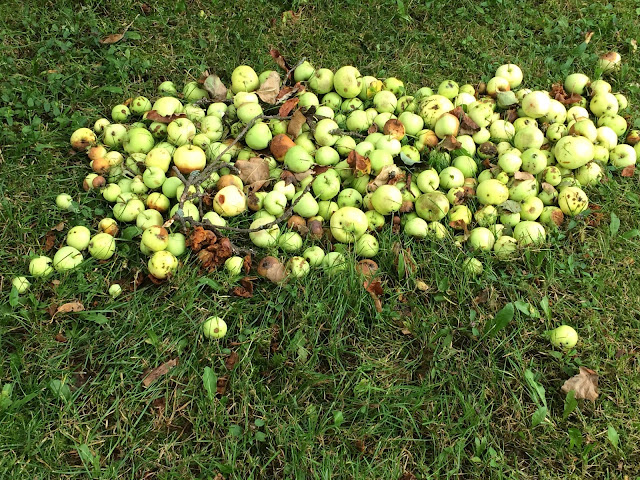 The apples get raked into piles.


Then, the apples are scooped up and loaded into the Gorilla cart (what would we do without that thing??) and pulled by the lawn mower and dumped elsewhere. This process will continue several times throughout the summer until the apples are done dropping from the tree. 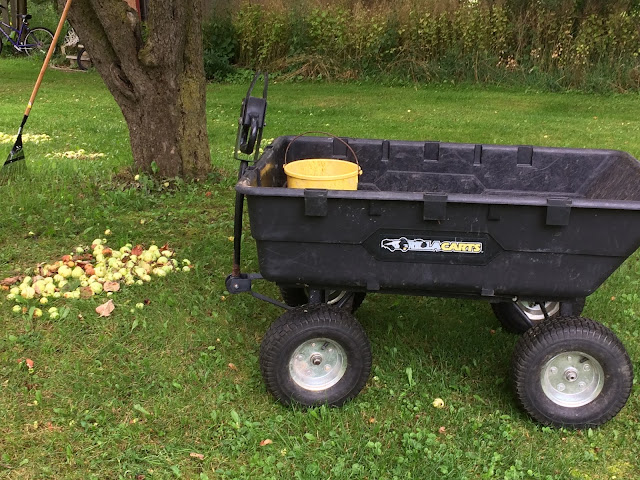 I did stop to admire my window boxes. They are doing well now, filling in nicely. 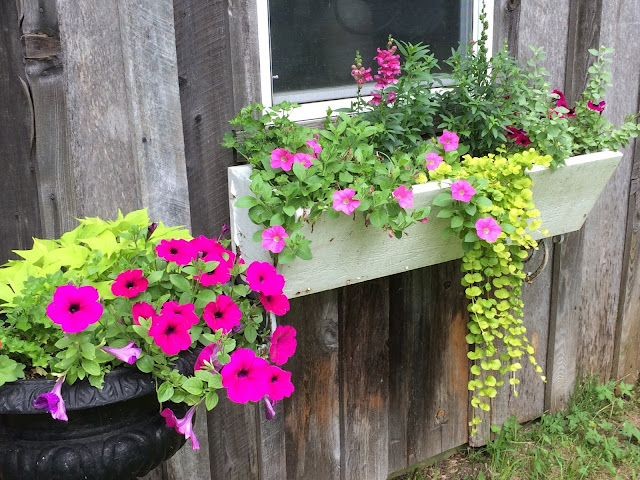 I really like creeping jenny in window boxes and urns. It makes them look so feminine and pretty.

Did I mention how much I love crocosmia? It is the reedy looking plant with the red flowers. 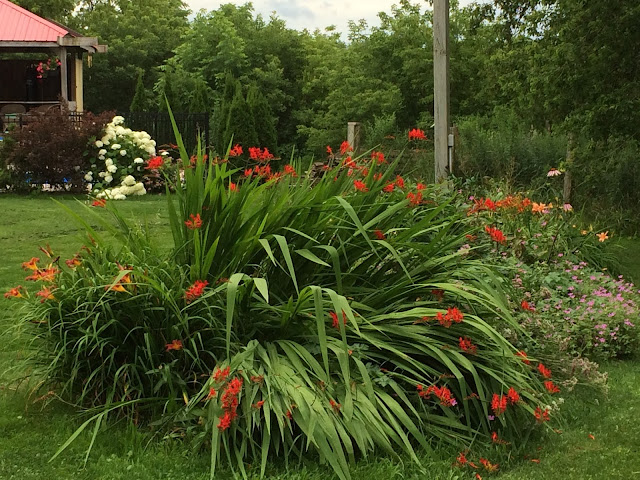 I came in to have a snack (and to bandage up a blister that I still managed to get even though I was wearing gloves), and then naturally it started to rain. So I did not get the raked apples loaded up into the cart yet, but they'll certainly be waiting for me when the rain does eventually end.

Guess who isn't the least bit bothered by the rain? 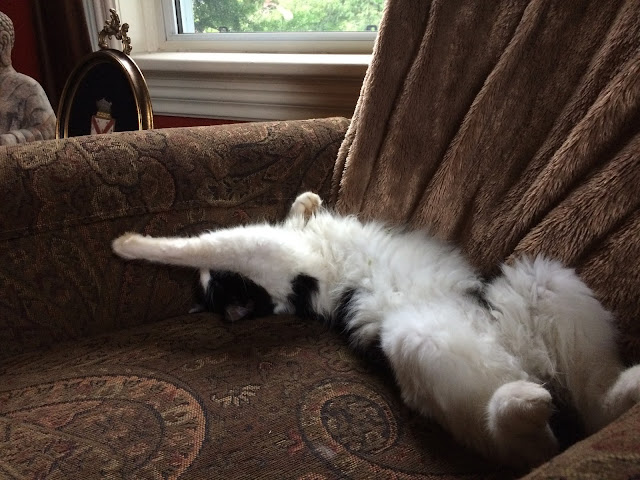