I borrowed the title of the post from Crosby Stills Nash and Young.

My daughter, away at her second year of university, has taken to sending us pictures of her food. Last year she lived in residence as pretty much all of them do at that particular university. But second year, she is renting a house with three other girls. She now must make her own food and try to be economical at the same time. So far she has sent us a picture of her spaghetti and her "smashed" potatoes. She said they were "like mom's" and she wanted some food that reminded her of home. 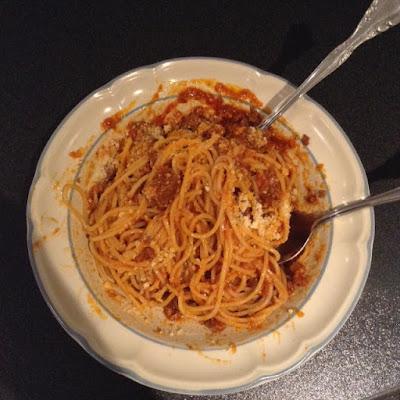 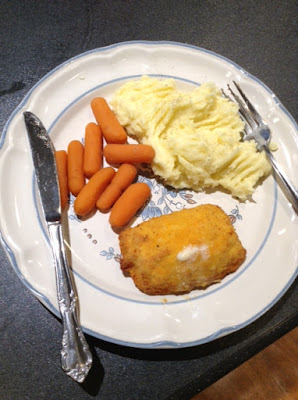 Did I do a good enough job preparing my child to make her own meals? Sure I did the cookies, muffins, pancakes thing with my kids when they were little, letting them dump in the various ingredients and stir it around. But did I really insist on her learning the basics? Just because a child is in the kitchen with you doesn't mean they actually know how to make the food you are preparing. A few times, especially in these last couple of years, I would get her in the kitchen and call her attention to something I was doing. I had her peel potatoes, keep watch on onions frying in the pan, that sort of thing. But sometimes I think I should have done more. I do know she can sure make brownies from a boxed mix!!

But then I realize that this generation doesn't actually need to have the hands on experience, because undoubtedly there is a You Tube video which will show them step by step how to make shepherd's pie, or roast a chicken, or can tomatoes (not like she will do any of those while in university).

And my son? Well, he makes a mean sandwich. He does pick up after himself, and both kids know how to properly load a dishwasher! But this year in school, in grade 10, he has taken "Foods". Did he take it because he has a deep interest in how to prepare various dishes? Nope. He just didn't want to take art or music, and foods was the only other option. But I know they have already learned about safe handling of food, how to properly use sharp things, and they've made cookies, spring rolls and salsa.

When I was in elementary school, we had Home Ec. (home economics). Only the girls took home ec. We learned how to sew on a machine (I was already doing that by about age 9 or 10) and how to make meals. I don't think I really learned very much about cooking. I do know that I learned that powdered milk is horrendous stuff and shouldn't be fed to humans. I grew up around women who cooked and made things from scratch. I'm pretty old fashioned in that I still process things in jars and make jam, stew, roasts, and pies. I do not bake my own bread. I have used my bread maker occasionally, but I don't really even do that anymore, although now that I'm writing about it, I think I kind of want to drag it out from wherever I have stored it and have a go at "making" bread again, if you can call it that when you use a breadmaker.

So I am glad that my daughter is attempting some entry level dinners and that she isn't just making microwave popcorn and peanut butter and jam sandwiches. I'm curious to see what the next picture will be!
Posted by coffeeontheporchwithme at 10/02/2015 08:28:00 am