Well, that was interesting. I am referring to the traffic that my most recent post, lamenting the state of health care and the present restrictions (again) in Ontario. I appreciated all the comments. We are now done with that, so things don't start to go in a direction that I never ever intended. Enough said.

Shall we get back to our regular programming? Today I drove to a town about forty-five minutes from my home for an orthodontist appointment. Remember? I still have Invisaligns on my teeth after about two years or so and I am FINALLY able to see the end is near. At the next appointment, all the little knobs and bumps (attachments) will be ground off my teeth and the tiny metal post which anchors a tiny elastic band will also be removed. Yeehaw! Of course, nobody will see my nice straight teeth except my immediate family, as half of my face is always enclosed by a mask. Some day...

However, the other part of this tale is WINTER IS BACK !!!  Good old snow squalls and white outs. It was manageable when driving north / south, but driving east / west was a bit "knuckly" at times. I put the four way flashers on a few times, just to be even more visible. We've been lucky up until now with weather, so grinning and bearing it!

Here are some "snaps" as my grandmother used to call them of our regular life over the "holidays" (can you call them holidays when you are retired?). 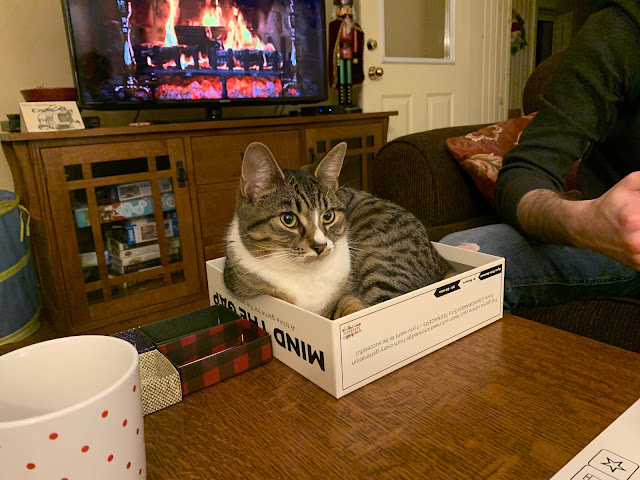 We played a game at Christmas and Murphy chose the best seat in the house. 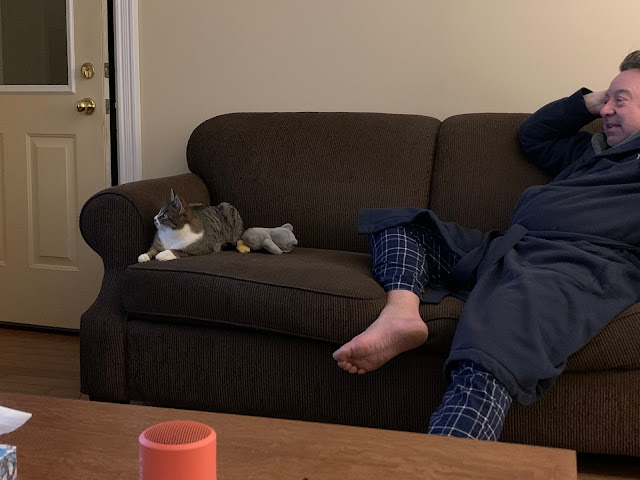 We discovered that Murphy also watches tv. He's actually quite engaged, for long periods of time. He's not picky about what he watches and got pretty involved in the series, "Narcos". 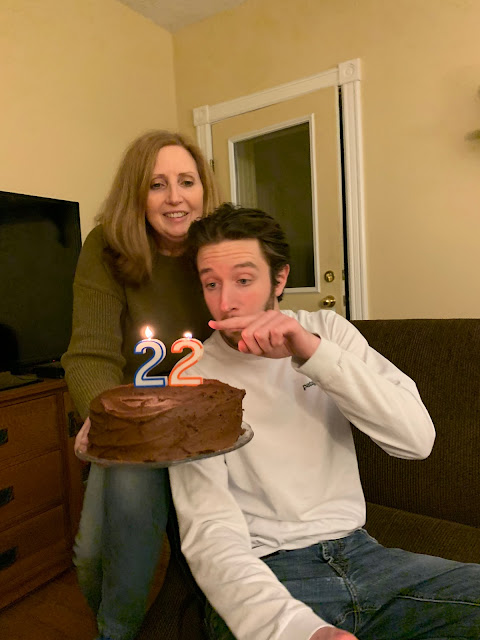 We celebrated son's twenty-second birthday recently. This is the standard chocolate layer cake that I make for everyone's birthday. I'm not a big decorator, but it's always good. Yes, he's about to touch the flame. That's likely just to annoy me. 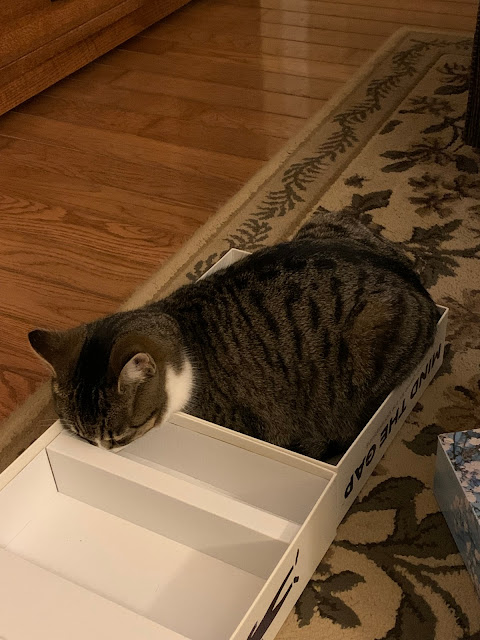 We played the same game at son's birthday. Murphy adapted his use of the box. 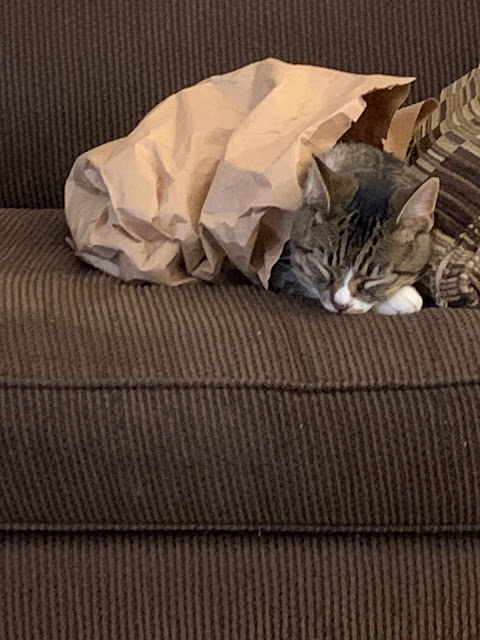 We had take-out Chinese food for his birthday. A few days later, the bag is still being put to good use.