First, happy Thanksgiving to all of my Canadian friends. It felt the most like autumn this Saturday, when I was driving into town and the leaves were blowing through the air and finally, the maples were turning colour. They are a little late this year.

The temperature is cold, it has been raining, and I am very thankful that we didn't get the snow that northern Ontario did, where my daughter is right now. She texted a picture of the snow covered scene she woke up to! Way too early for that. Sometimes we get snow around Hallowe'en, but snow at Thanksgiving is asking too much, even for Canadians.

I decided to put together a little fall display. Husband had purchased this two-tier unit, thinking I would like it as a fruit 'bowl', but honestly, the wires bruised the fruit and they would start to rot quickly. I was just going to stash it somewhere, but then Pinterest tempted me into creating this: 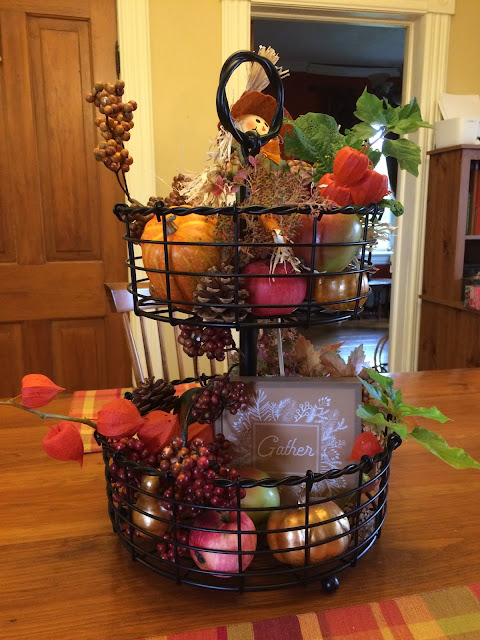 I found a little cheap framed word art at Walmart. 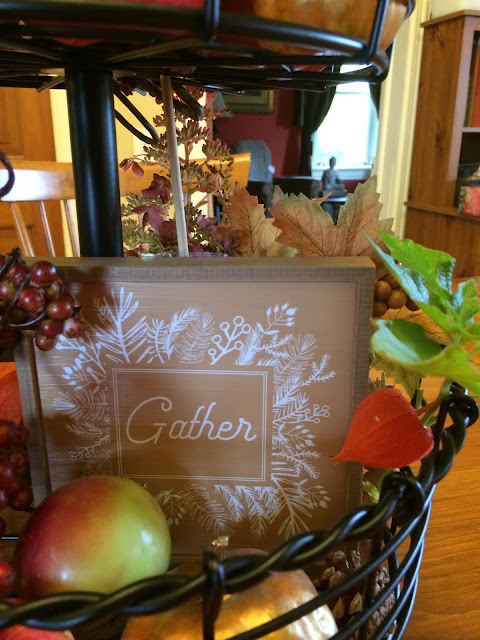 I added little Dollerama sprigs and fruit and pinecones, as well as apples. 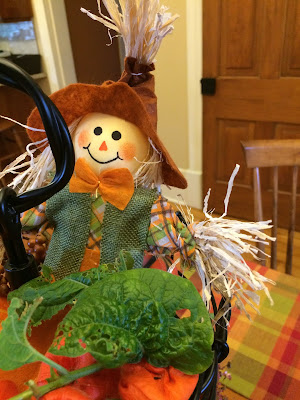 This little fellow was another cheap Walmart find. 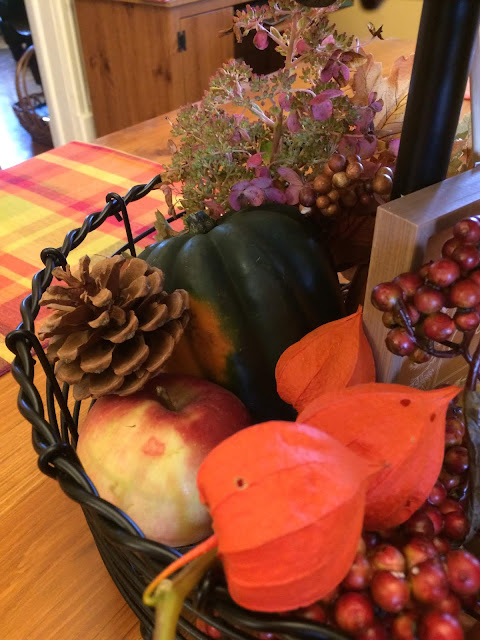 I added a small squash, some hydrangea from my garden, and some Chinese lantern plant that I didn't plant, but ended up in my garden anyway.

Outside, on the porch, or by the door from the car port, I like to place a few mums and pumpkins. 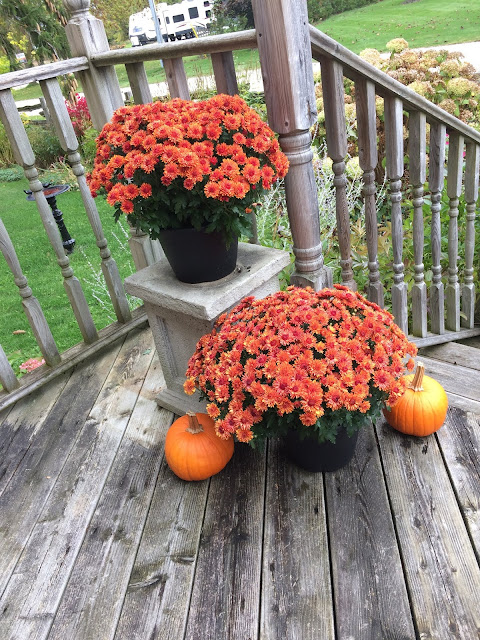 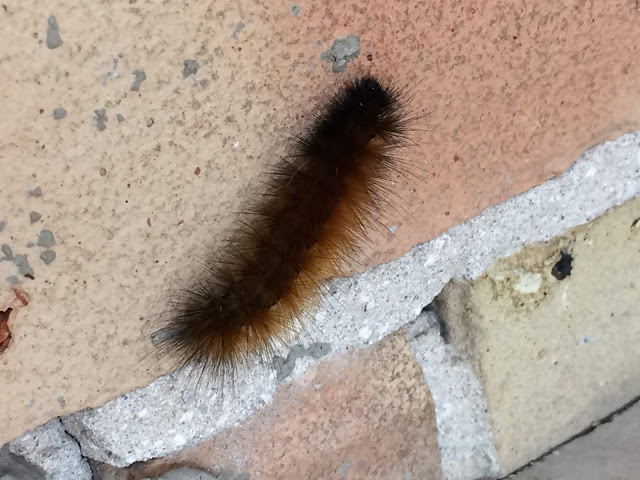