Friday evening came with complete and total exhaustion. I normally do the cooking and we've been severely cutting back on eating out, but since husband and I were alone for this evening (both kids working, or out), we went out to a "local" restaurant for good, simple food and a beer. It was much needed.

After supper, we just drove around a little. It's amazing how you can live somewhere for as many years as we have and still find roads you've never travelled on. We drove past a farm that seemed to have every kind of animal - cows, goats, sheeps, horses, and a llama. Stop the car! I needed to spend some time animal watching. So husband turned around and pulled over. I put the car window down. Every animal seemed totally contented, eating grass, and none of them were making a sound. I really wanted to hear the goats and the sheep.

I took a picture of some of the animals, including the llama. It saw our car and heard me talking, and it came closer and closer and closer. Here is a succession of pictures of the Guardian Llama, clearly on the job. 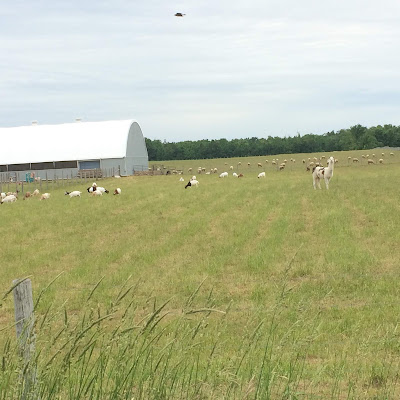 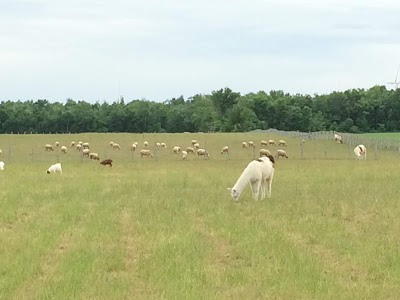 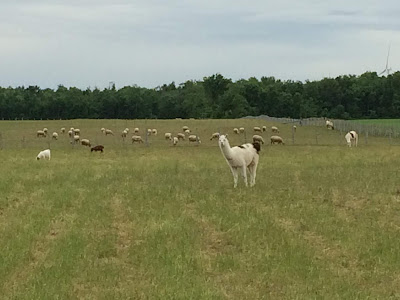 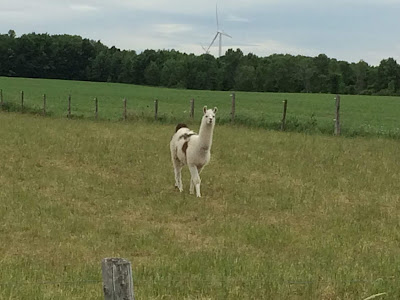 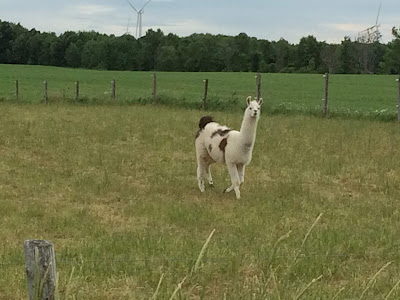 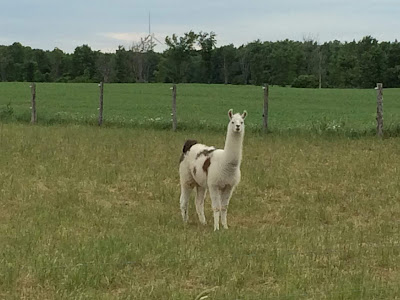 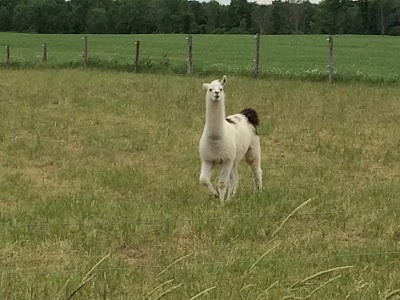 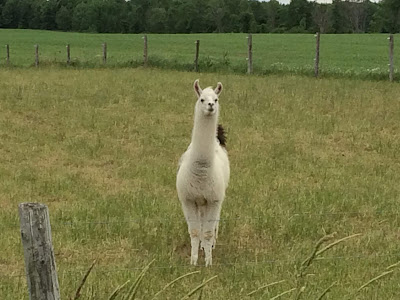 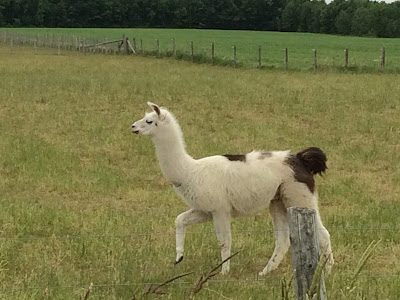 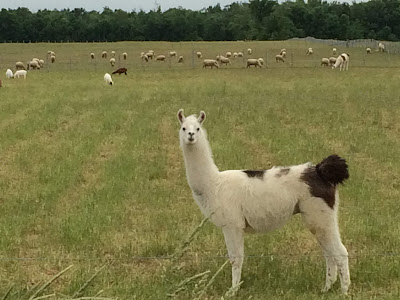 This llama was no doubt a guardian animal. It had no qualms about getting closer to our vehicle. If you are not familiar with the concept of a guardian animal, many farmers use llamas as protection for their sheep or other livestock as llamas will alert livestock to a predator, such as a coyote. Llamas will also physically ward off a predator. Some even get to know their people so well, that they will chase away other humans. This llama didn't seem particularly aggressive, more curious.

Sometimes I just need animal therapy. I love seeing a flock of sheep, or a herd of cattle in the grass, or even wild turkeys strutting their stuff in the mornings on my way to work. If money were no object, I would love a little hobby farm. But money, and time, is a consideration, so presently it is two cats. I am, however, toying with the idea of having a small flock of chickens again. Husband seems to be on board. There are just things that need improving with the chicken coop (which is still standing on our property), and putting in a water line so I am not lugging buckets of water through thigh-high snow.

So, here's the question: if you had an animal guardian, what would it be? I think I might choose some muscular sleek big cat, like a panther or cougar to protect me (do cougars purr?).
Posted by coffeeontheporchwithme at 6/23/2018 10:46:00 pm