Quite a gripping title wasn't it? I will first begin with the beef. I was reading Joanne's post over at  Cup on the Bus where she was describing how her granddaughter, a girl much more mature than I ever was at her age, might think about making a pot roast. Her granddaughter wondered if she could make it in a slow cooker. A bunch of comments ensued. The whole thing made me think of making roast beef, so that is what I did tonight. But, instead I used my "magical cooking pot", so called because everything turns out perfect in it. 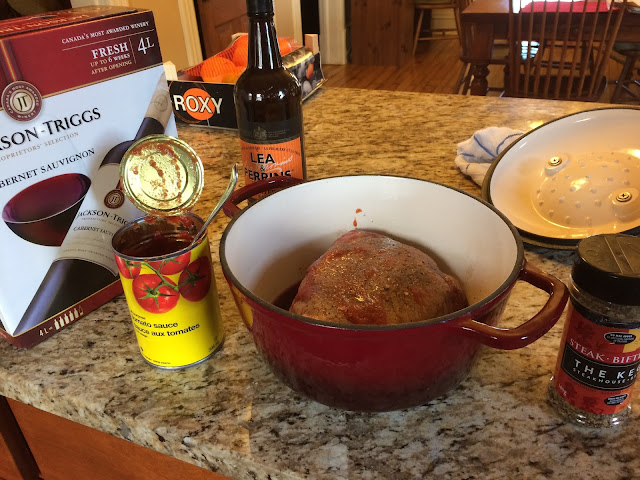 It's never the same and I never measure, but tonight's roast was seared on all sides first, then I put it in a few tablespoons of tomato sauce (stole that idea from one of the comments on Joanne's blog), a good shaking of Worscestershire sauce, a shot of red wine (nothing says classy like wine in a box!) and a few shakes of "The Keg" steak seasoning. Then I cooked it slow and low in the oven (325 degrees until son came home from work at about 7:15 p.m.) I didn't keep track of time, but did check every once in a while to make sure the liquid was still sufficient. 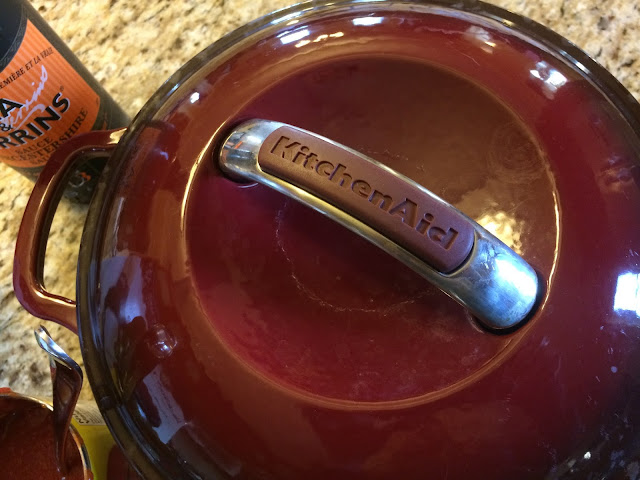 My magical cooking pot (Dutch Oven) is a Kitchen Aid brand, but I know there are others out there. Mine was a fabulous price, on sale at Canadian Tire.

It turned out moist and wonderful, by the way. Mashed potatoes, carrots, corn, gravy, little frozen President's Choice Yorkshire Puddings, and a few Brussel sprouts for me. Sunday night supper.

A couple of nights ago, the sunset looked like fire on the horizon. 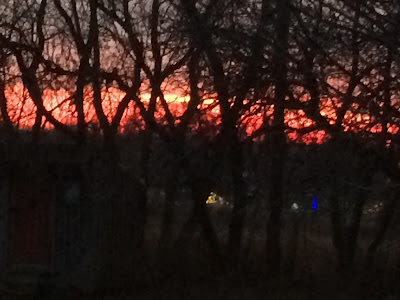 The picture doesn't do it justice. You can see some of the Christmas lights displays in the park across the road.

And now for some pet pics. 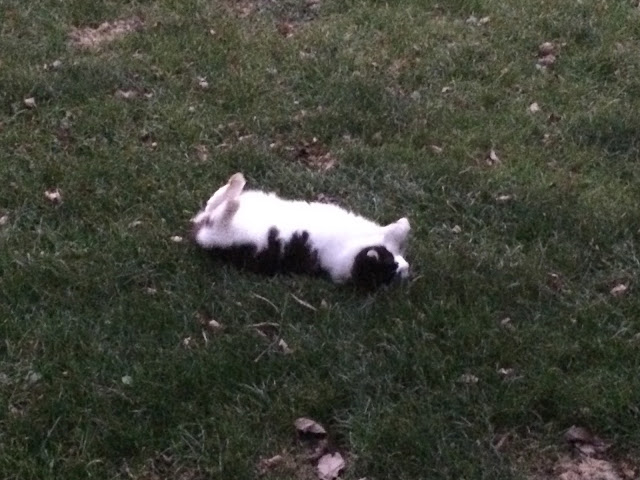 -Scooter rolling on the lawn (he's a bit of a idiot) 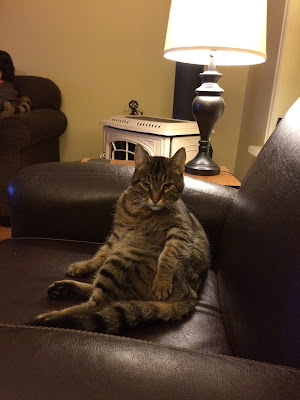 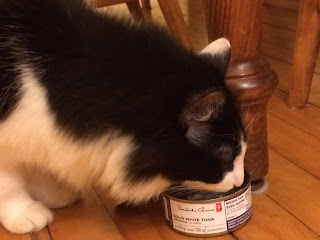 -Scooter's first chance to lick out the tuna can

And that's it. That's my Sunday night.