Corn on the cob is a definite childhood memory. My mother used to fill freezer bags of the stuff, cut off with a sharp knife after the cobs had been boiled in a big pot on the stove. As a child, I used to watch this happen, and would eat the sections of corn that stayed together in a rectangular piece, thinking they tasted better that way.

I always knew that there were two types of corn. The corn that my uncle grew in his fields to feed his dairy herd, and sweet corn, that was grown under the hydro tower farther into the field in the hopes that the raccoons wouldn't find it. I was shocked to find out that "city" people didn't know the difference and once knew of someone who questioned why corn (as in, the ears of corn you would buy at the side of the road or at the grocery store at this time of year)  was so expensive when there was so much of it growing in the fields.

We discovered, during supper, that we all ate our corn in different ways. We then joked that it could be one of those ridiculous "news" articles: "How you eat your corn could determine your success in life", or some such headline.

Here were our methods: 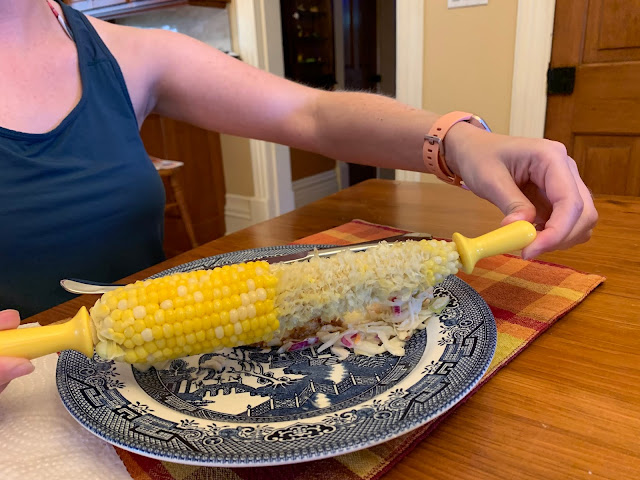 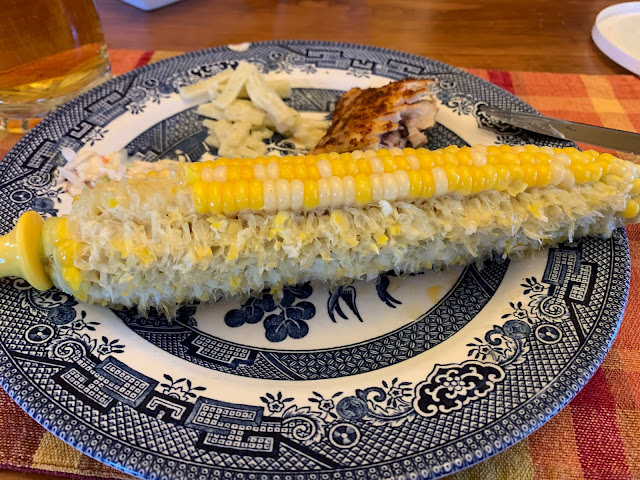 #2. Start at one end and eat a row of kernels all the way down the length of the cob. Then start back at the end and move onto another row of kernels, eating lengthwise down the cob (Note, it isn't just one kernel wide, but could be two or three). As well, only one corn holder at the large end. 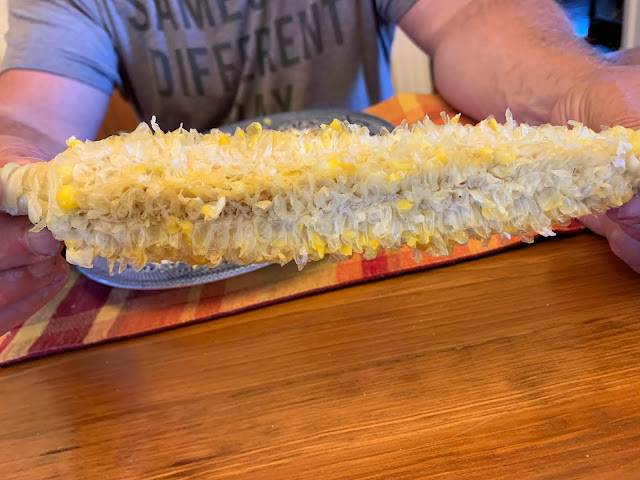 #3. Similar to the second method, eating down the length of the cob, but far less precise, with random kernels left here and there and some also on the chin / face of the consumer. No corn holders used. Chickens enjoy this type of eater the best, as they benefit from the leftover bits. 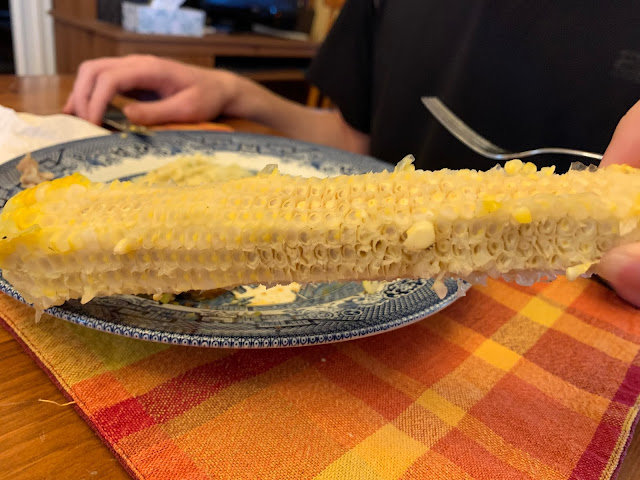 #4. The cutting off method is the fourth method. This type of consumer uses a good sharp knife and slices the kernels off, then eats the pile of corn from his or her plate. No corn holders required.

As well, I know there are all sorts of methods for cooking corn on the cob. Mine is the old fashioned, standard one: husk corn and put husk and as much "silk" as you can get off in the compost pile. Have large pot of boiling water ready (no sugar added to the water), boil vigorously for about five minutes or so, take out of pot using tongs and eat immediately with butter or margarine and salt.

Please chime in. Do you use one of the eating methods above? Do you enjoy corn on the cob? Did you not know there are different varieties of corn, used for different purposes? Do you cook your corn a different way? Do you offer up toothpicks after the meal so everyone can get rid of all the corn stuck between their teeth? Ha ha.