I wrote a little while ago that we had been having a relatively mild winter... thus far.

This happened in less than 24 hours. 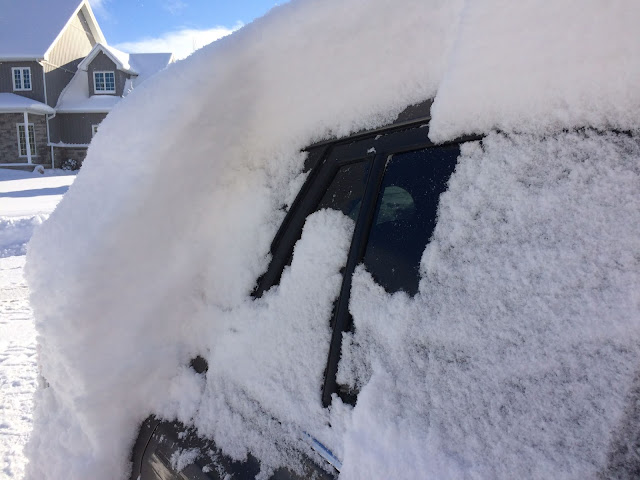 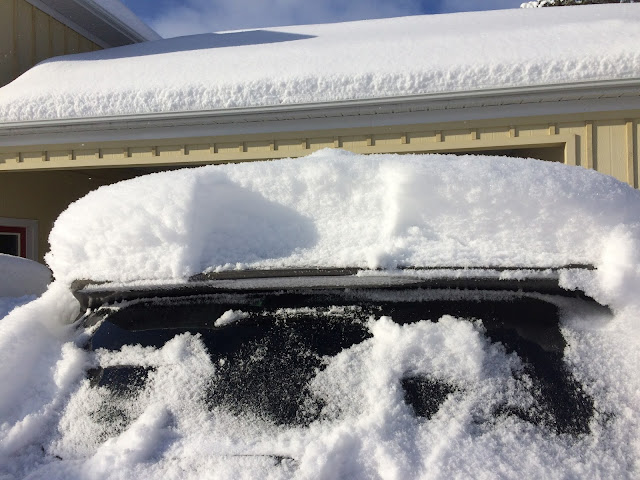 I used my plastic shovel to scrape some snow from the side and back windows of my vehicle. I had taken it out yesterday and it had been parked under the car port and had no snow on it. 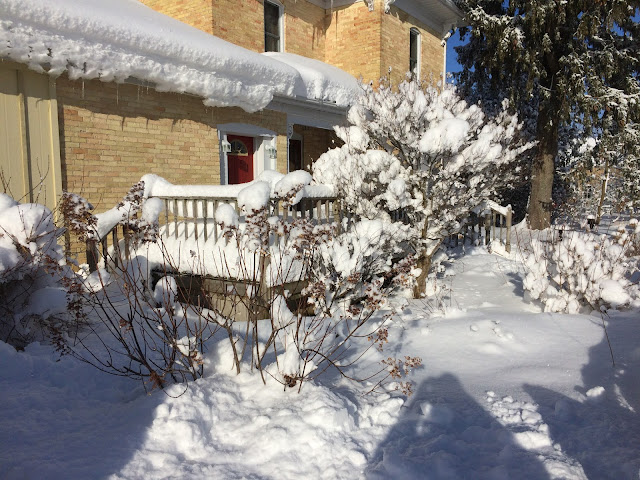 It is pretty, though. It's like meringue on a pie. A very cold pie. The sun is shining this morning, so that makes it more bearable. 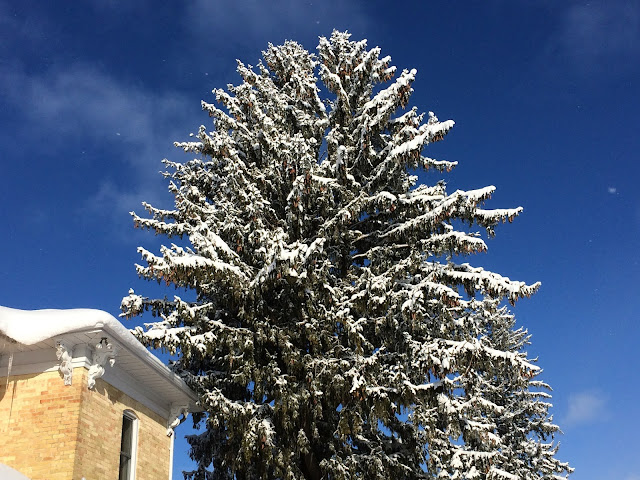 The sky is a brilliant blue and many times in the forecast it says there will be two hours of sun,or one, or zero per day, so I'll take it.

To continue about my teaching situation, seven regions in Ontario are allowed to return back to school as of Monday due to relatively low counts. We are one of those regions. This is a huge relief to parents who have been under a lot of strain trying to figure out work and child care, as well as becoming their child's teacher. It is difficult to straddle those two roles. I am happy to be going back into the school as well.