It's Beginning to Look A Lot...

I'm not going to say it. I am not one to start Christmas too early, but I have to say, the snow this morning was so pretty! It lay thick and fluffy and seemed magical. I took these pictures when I went out to check on the hens and feed them and see to their water. 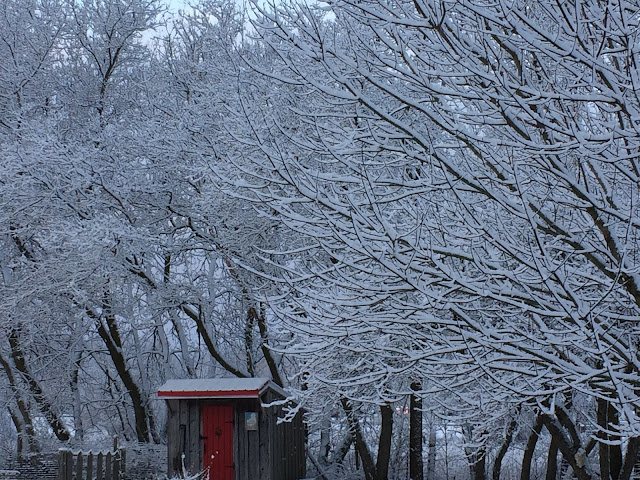 I like this one so much, it may turn into my header picture! 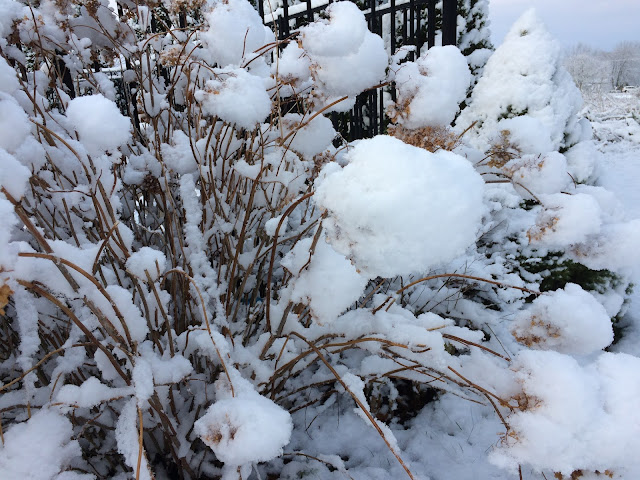 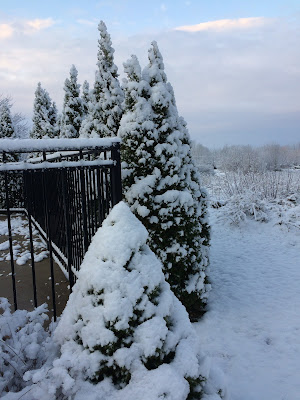 Cedars in the snow. 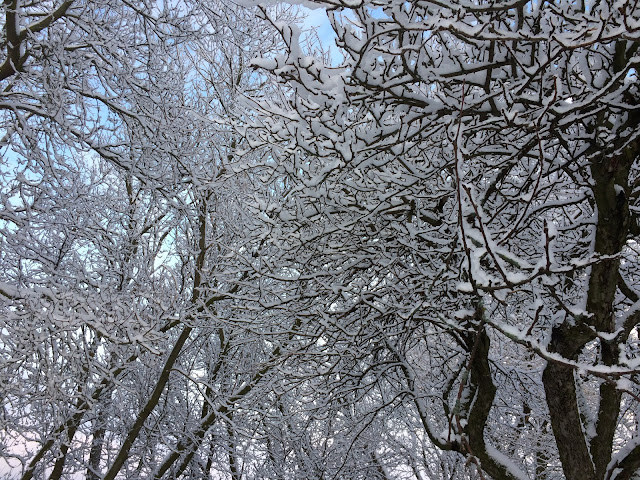 Looking up from under the apple tree. 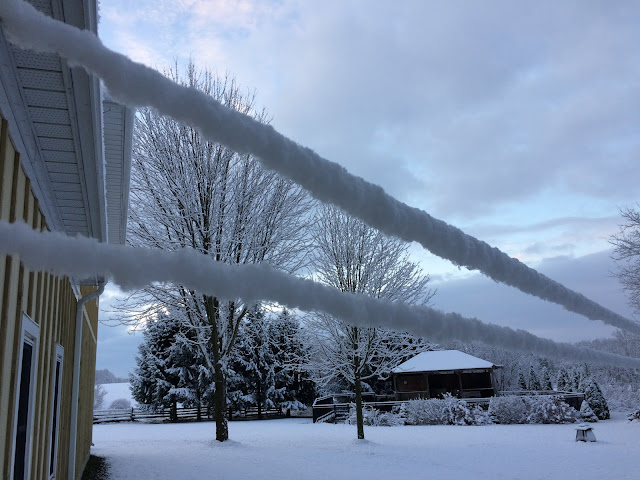 Even my clothes line looked fluffy and festive.

I understand why people are pushing Christmas ahead of time. They want something to take their mind off of present situations, such as they are. I admit that today's snow did make me want to bring out some decorations and have mint hot chocolate. I even thought about Christmas baking. When I did my grocery shopping this past Saturday, the Christmas music was being played and holiday type food was being displayed everywhere.

Coming up this week, instead of having the usual parent / teacher conferences following the Progress Reports being sent home, I will be attempting to video conference with parents via "Teams". I've already had two moms email me and ask if they could just have a phone conversation with me instead. Absolutely! If you had told me thirty years ago that I would be "meeting" with parents via a computer screen, I would never have believed you and I would have thought it impossible and ridiculous. Ch-ch-ch-ch-changes.