A lovely Christmas was had by all. Here are some remaining pictures that I hadn't posted yet: 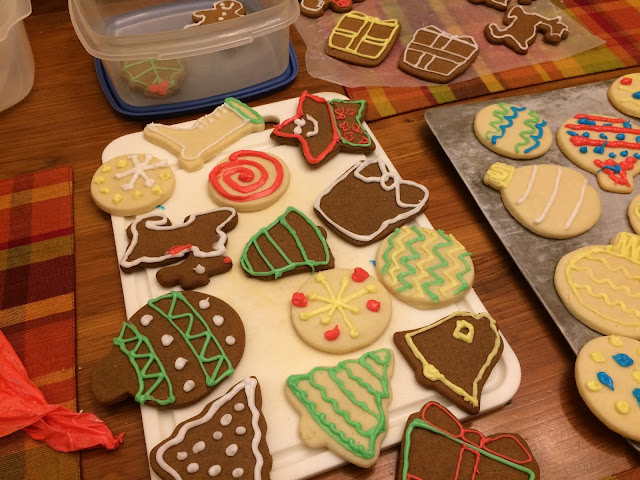 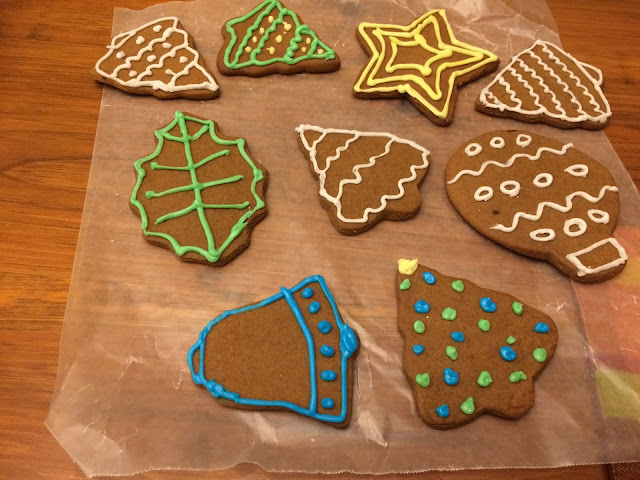 After baking the gingerbread and sugar cookies previously posted about, we took part in a family tradition, once I had both kids home, of decorating. I made a basic royal icing (with no meringue powder as I just can't find it anywhere in my little closest town). Then, being the basic, simple cooks that we are here, I did the old add food colouring and use little zip lock bags with a tiny corner cut off. Who needs fancy piping bags? 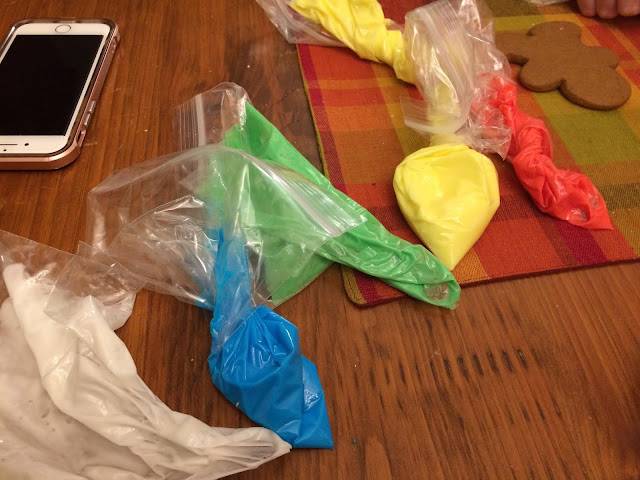 We ended up with tons of Christmas goodies. Some were set out on the 24th when we had MIL, us, and the kids' boyfriend / girlfriend. More were taken to "the city" when we gathered at my brother and sister-in-law's house. Some went to daughter's boyfriend's home. Some are in a bag in the freezer to go back to college with son, and still others are being consumed by yours truly as I sit on the couch, watching old episodes of Poirot and pretending that calories don't count if you make it yourself.

Speaking of... have you noticed all the commercials for weight loss programmes now? You will not be reading about any New Year's Resolutions here. Just carry on, live a good life, be a decent human being, and all that.

I am happy to say that Christmas is all packed up and put away, apart from the Christmas coffee cups (we have A LOT) and the outdoor strings of lights on the rail fence. Even the tree has been stripped and dragged behind the chicken run to be burned in the spring. In the meantime, little birds can use it for shelter. 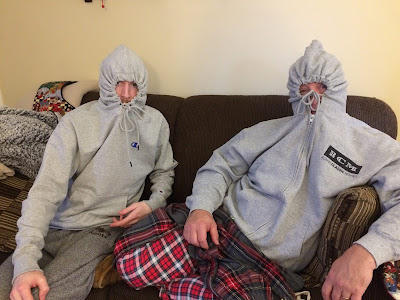 Here is a Christmas morning picture of father and son in their new "hoodies". Son is sporting his new Champion sweatshirt (remember when Champion was just a normal brand that nobody considered anything special? Now it's a "thing" and costs twice as much!). and husband is wearing one designed by daughter with a take on the TCM logo (Turner Classic Movies), to RCM for his first initial. Husband and daughter bond over movies. He's barely taken the thing off these last few days!

I've read a couple of books over the holidays - including the latest Janet Evanovich which is always good for a laugh and an easy read. 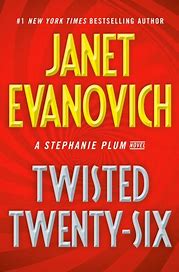 I really do need to find another author, as I'm often all caught up with my favourites and then twiddling my thumbs for the next one, or signing out a book from the library that I just can't sink my teeth into. Ah well, not a bad pursuit to take on in the next little while.

We had pretty much a green Christmas with strange mild weather and above zero temps. It was the same thing 20 years ago, as I was ready to give birth to my son in early January, it had rained and the snow had melted. In the last day or so, we got all of our snow back and more. I was glad that son and his buddies didn't have far to go for their New Year's Eve celebrations in the blustery weather. Husband and I were VERY low key - armed with take out Chinese food (which we drove through the blustery weather to pick up because nobody delivers out here) and one glass of wine for me and a can of cider for him, we didn't even stay up to watch Rick Mercer ring in the new year!

Prior to Christmas and right around then, our old house decided to surprise us with some nasty water leakage in the basement. Husband and son were able to take advantage of the melt to dig around the foundation and determine the issue. As always, fearless husband was able to fix what he was able to fix and clean up ensued. Ughhh. Glad that's over with.

After three rounds of left over Christmas dinner, I figured nobody wanted any more of it, so the chickens had a good feed of mashed potatoes, sweet potatoes, and stuffing. They thanked me by laying well the next couple of days.

I still have a few days before I return back to work. During that time will be son's twentieth birthday, and saying goodbye to him as he returns back to college (with Christmas cookies in hand), and hopefully some well earned relaxing, even though I'm not very good at that.

Wishing everyone out there in blogland a very happy, healthy new year!
Posted by coffeeontheporchwithme at 1/01/2020 02:02:00 pm