We got Sammy from the animal shelter in a near by town. He wasn't actually at the animal shelter, he was the feature pet at the associated pet food / supply place in the same town. He was just a really cool dude. Very chill. When we bought him, at about a year old, already neutered and with all his shots, we put him in the back of the vehicle with the kids who were roughly 8 and 11 years old at the time. I warned them that he might meow all the way home and be a bit distressed to be in the vehicle. Nope, he sat down in his cage, crossed his front legs and relaxed.

He was a perfectly symmetrical brown tabby. Most tabbies are good, all around, naturally easy to get along with cats. He was an indoor / outdoor cat. He enjoyed when his humans were outside with him. He was a pretty good hunter in his younger years. He was chief inspector for all outdoor projects. He knew the best time to come around to the table, and lately, we had been pulling up a chair at the table for him! Sammy got along with other cats, in that he tolerated them, didn't fuss too much, again, was just a cool dude about things.

Several weeks ago, we realized he wasn't doing well. The vet did some tests and let us know that he was suffering from kidney disease. He started to go down hill pretty quickly and there wasn't anything we could do to reverse this. Sammy died a little while ago, we chose to not share this with our young adult kids who were in the middle of college / university exams and assignments. Once they were done with those, we let them know and we all mourned the loss of a "family member" that had been with us for about 12 years.

I know many of you are pet owners and have gone through something similar. It is what we take on as pet owners. We love our animals, we help them through their final weeks, we pay them the respect they deserve. 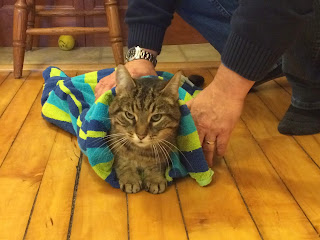 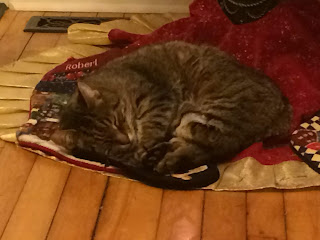 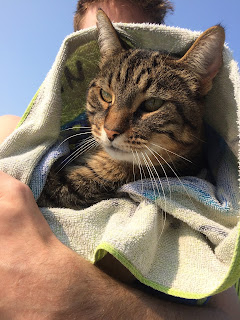 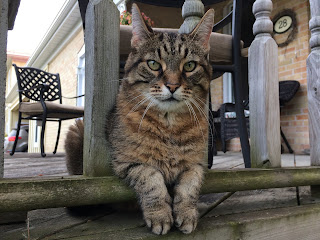