Lovely Sunday, but not quite a day of rest

I had a "Southern" supper tonight, preparing fall-off-the-bone ribs, coleslaw, potatoes and cornbread, with a shout out to the blog known as  Estelle's for her June 9th post with a recipe that I tried. I think I was too cautious with the jalapeno peppers, not adding the amount that was called for in the recipe. If I were to make this again, I would put more in. I used slice jalapenos in jar and cut them up into little bits. "Estelle's" recipe called for self-rising cornmeal. There was no such thing in the grocery store, so I Googled what to do. I ended up adding flour, baking powder and salt. I think it turned out well. (But again, it could have used more of a punch, so more jalapenos next time). 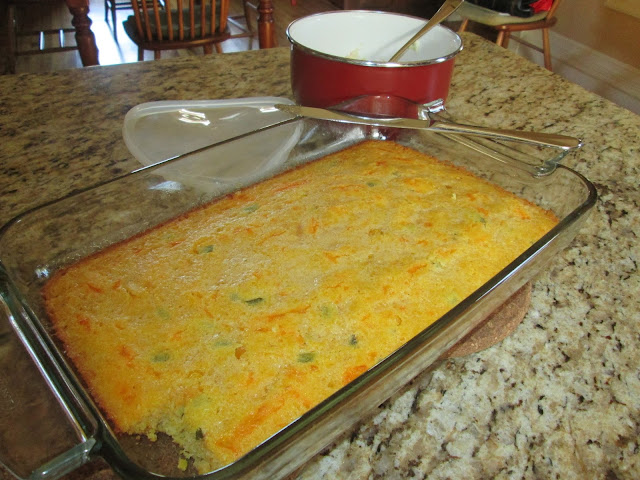 Apart from doing my grocery shopping after dropping my daughter off at work at the garden center, a quick run into Walmart, and another quick run into Dollerama, I did my laundry and hung it on the line. It was VERY windy today and that made line drying perfect! (I did have one unfortunate wrap around with a shirt, which left dirty tell tale lines on it, so I will have to rewash that one).

Now that my impervious rabbit fence is totally installed, it was time to put in my vegetable garden. Yes, everything goes in at once. As much as I know that some things can be planted earlier and do well with cooler weather (peas, lettuce, potatoes...) I rarely plant in succession. It is warm enough now that tomatoes, cucumbers, and basil can go in, so everything went in! Due to the rampant encroachment of the strawberries, my garden is so small. It is now deemed "the world's most compact vegetable garden". It is like those episodes of Tiny House Hunters where they use every available space for their storage, bathroom, kitchen, and loft. I have managed to cram the following into my little space: three kinds of tomatoes, basil, red Spanish onions, white Spanish onions, cucumbers, zucchini, potatoes, peas, beans, carrots, beets, and lettuce. The rows are pretty small and once things really start growing, I will have to do some fancy foot work in order to avoid stepping on things, but it shouldn't take long to weed!


I went to Dollerama to find little plant identification tags to push into the soil to mark my tiny rows. They had none. I decided to improvise. I bought a $1 bag of white plastic spoons. With my nifty
$1.25 for two fake Sharpie markers I wrote the type of vegetable on the rounded end of the spoons and pushed them into the soil. They work perfectly!! 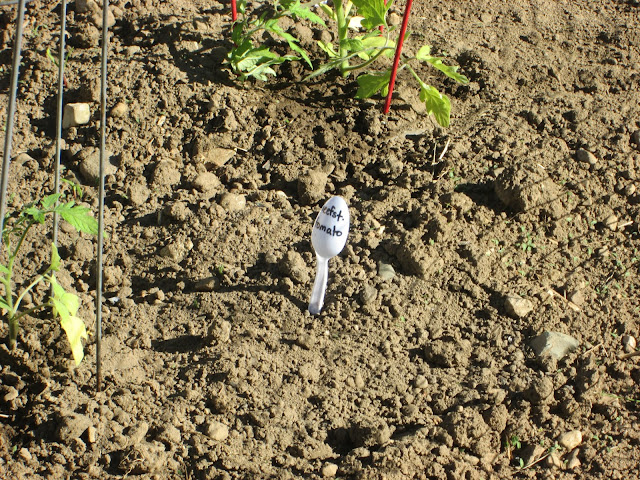 A while ago I posted about cleaning out a flower bed completely and planning on creating a foundation planting of hydrangeas and hostas. This is a picture of the pretty hydrangea which is pink in colour. I was going to plant just white hydrangeas and white and green hostas, but I saw these and thought, naa, add a little colour. They are very small right now but will grow to at least twice that size. 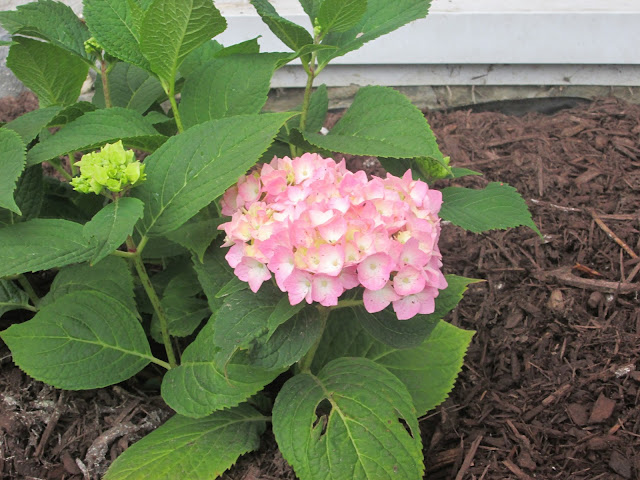 I mentioned that my daughter is working at a garden center. They had a great sale on hanging pots, two for $20. I bought four of them. Here is one that I picked up (and a matching one) which I will hang at the pool. They are so healthy and colourful! I also like that the pots aren't white. 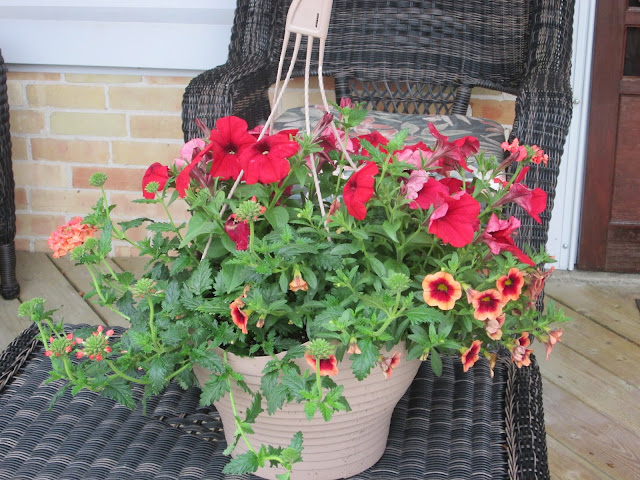 As I was walking around taking pictures, I saw this little fellow soaking up some heat against the stones of a raised bed. Compared to yesterday, today feels quite cool and the wind makes it feel even cooler. He seems to be a pretty contented bee in the late afternoon sunshine. 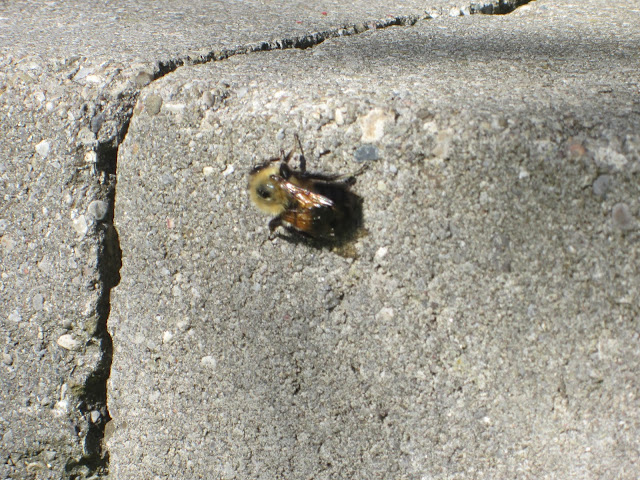 Although this picture was not taken today, here is someone who DOES know how to have a day of rest! 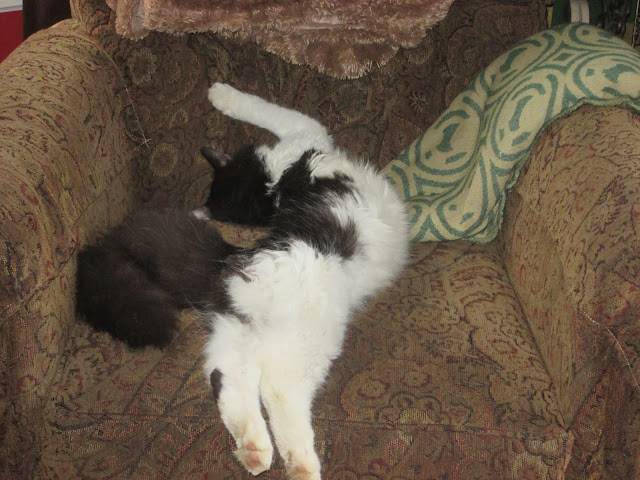