Today our son turns seventeen. The beautiful sunny weather I just posted about? Well, it got replaced with snowsqualls, whiteouts, some road closures, so the birthday plans have once again been changed. This poor kid has had his birthday messed about so many times. There have been many times where we have had to be on the road on his birthday, either returning my mother-in-law to her daughter, driving our daughter back to university, or just plain old horrible weather.

Our daughter has had so many of her birthdays spent in a three day dance recital that it just became normal. Any gatherings or parties that she had were almost always the weekend before, or the weekend after her birthday.


These pictures don't really give credit to the blowing and squalls, but I took them this afternoon. 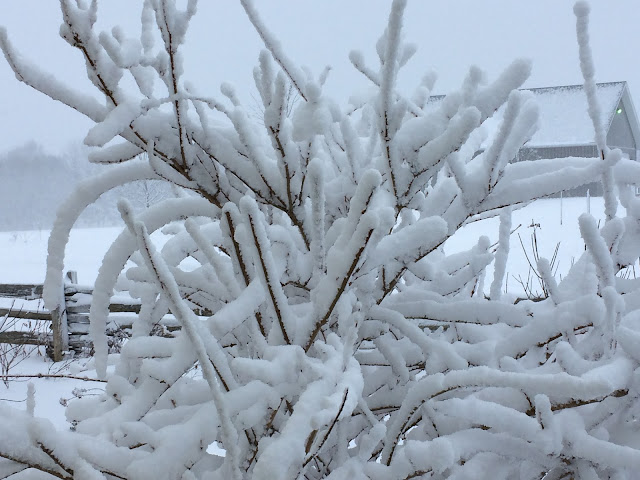 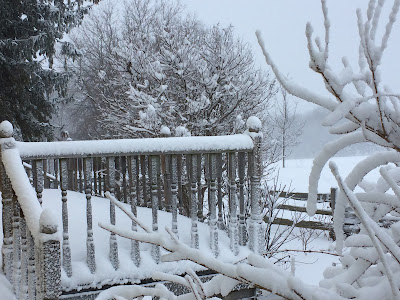 In fact, it looks positively balmy in these shots. When the wind picked up, you really couldn't see a thing.

The change of plans meant that his girlfriend couldn't come for a visit today, we couldn't go to a town about 45 minutes away to eat at Boston Pizza, in fact, we didn't even leave the house. Instead, we had home made nachos and birthday cake (always home made) and watched Star Wars. (Yes, the non-movie watcher had her laptop and other distractions at the same time). Our daughter is already back at university, doing her own thing.

Birthdays were not a huge deal for me growing up. I have a summer birthday, not during school time, so birthday parties were not part of my childhood experiences. We didn't live in town with neighbours close by, so birthdays were usually just immediate family. My mother baked a cake and there would be presents, but I don't have any specific memories of a cherished present, or gathering. For this reason, I always like to make sure my own kids feel like their birthday is being celebrated. We still put up some kind of decoration, even if it is the Happy Birthday Sign. Sometimes there are balloons and streamers, even at the ages they are now. I always bake a chocolate layer cake (their request). We still hid our son's presents and told him if he was hotter or colder as he looked for them in the house.

At present, a very young Harrison Ford is on the screen and I am about ready to pass out from the heat of the wood stove and the one glass of wine that I've had, but we managed to celebrate son's seventeenth birthday and he isn't one to fuss if things don't go as planned, so it's been a good day after all.